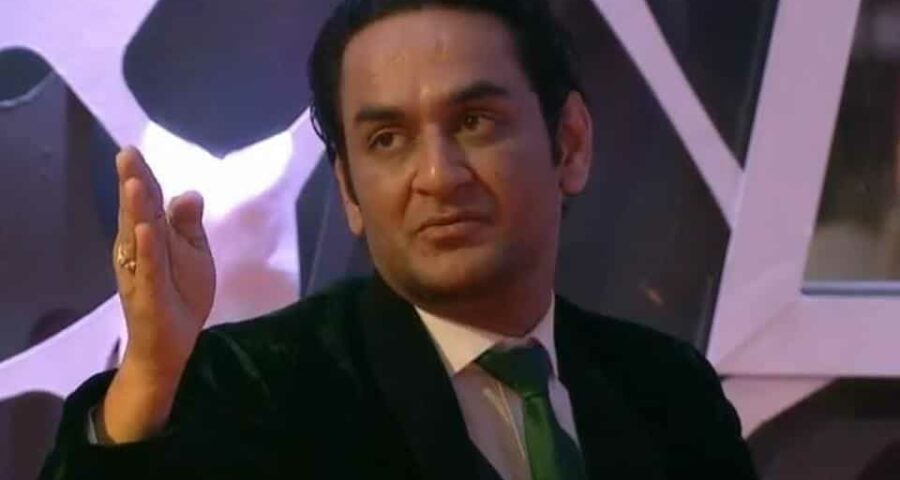 On Sunday’s episode of Bigg Boss 14, Jasmin Bhasin and Nikki Tamboli will be seen laughing at Rakhi and her “fake nose”. The promo of the episode also showed Salman scolding Aly Goni.

As Rakhi washed dishes in kitchen, Jasmin and Nikki laughed and talked to each other saying, “Naak giregi, abhi naak gir jaegi (the nose will fall now, it will just fall).” Rakhi ignored them in the beginning but then got irritated and was seen walking up to them. The video also showed Salman taking Jasmin to task for making fun of Rakhi and her plastic surgery. Jasmin claimed she was provoked but Salman said she was not, adding that her face looked innocent but her personality was not.

“It was shocking. You were provoked? No, no, no, no, no, no. Jasmin, you were having fun! You have gone to the next level, you are looking really, really bad. This chehra of yours and your personality do not match,” Salman told Jasmin.

He also said, “The antics that I saw Aly doing.” Aly was quick to explain, “Sir, Meri aur Jasmin ki bahut zyada badnaami kar rahe the sir ye bahar. I was so frustrated, bhai, mai jitni baar isko dekh hoon (Sir. he had been defaming Jasmin and me outside this house. I was so frustrated, each time I saw him.).”

Vikas then interrupted saying, “I want to know this, I am sick and tired of this.” He then stood up and folded hands as he cried and asked Salman to excuse him for two minutes. However, Aly kept saying, “Blackmail karta tha, jo sach hai wo sach hai na (he used to blackmail, the truth remains the truth).”

Aly and Vikas had fought on Saturday’s episode where Aly had claimed that Vikas used to blackmail people. The two almost came to blows even as Eijaz Khan, Nikki Tamboli and Rahul Vaidya stopped them from getting into a physical fight.