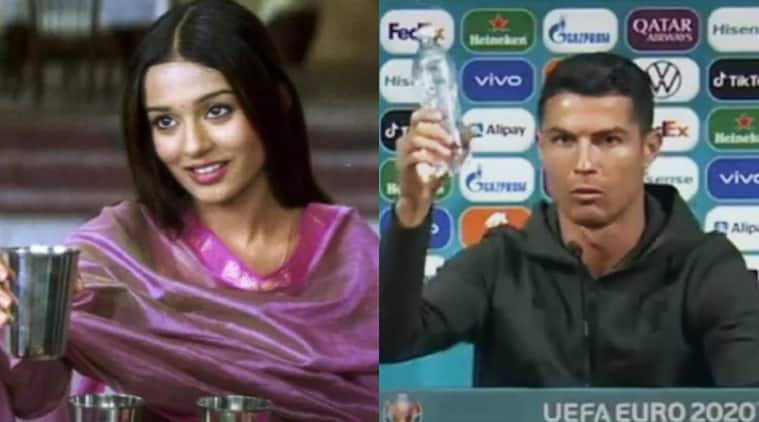 When actor Amrita Rao worked on Sooraj Barjatya’s 2006 film Vivah, little did she know that her dialogue “Jal lijiye” would turn into a meme after 15 years. While the meme has been trending for a while now, it was recently resurrected after Cristiano Ronaldo removed two bottles of Coca-Cola from his table at a Euro 2020 press conference and replaced it with water. “Agua (water),” he told the media. 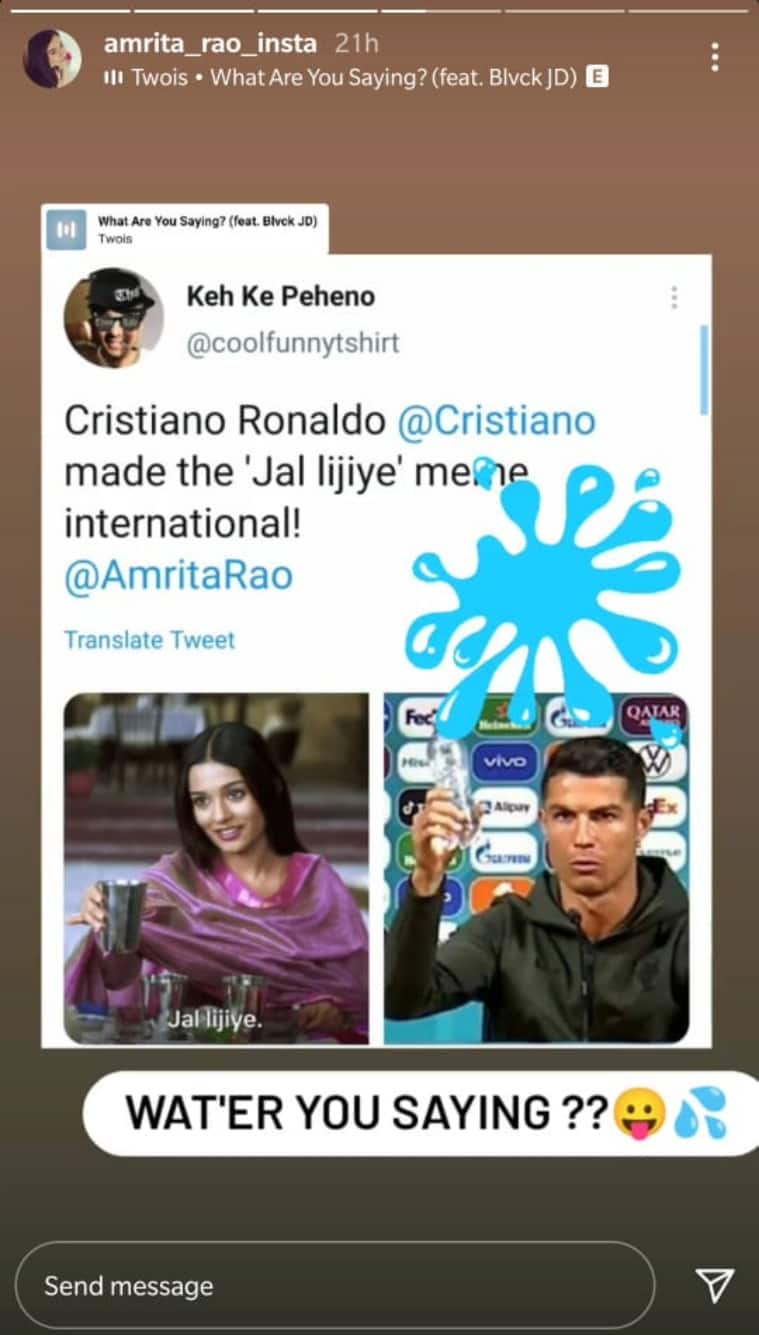 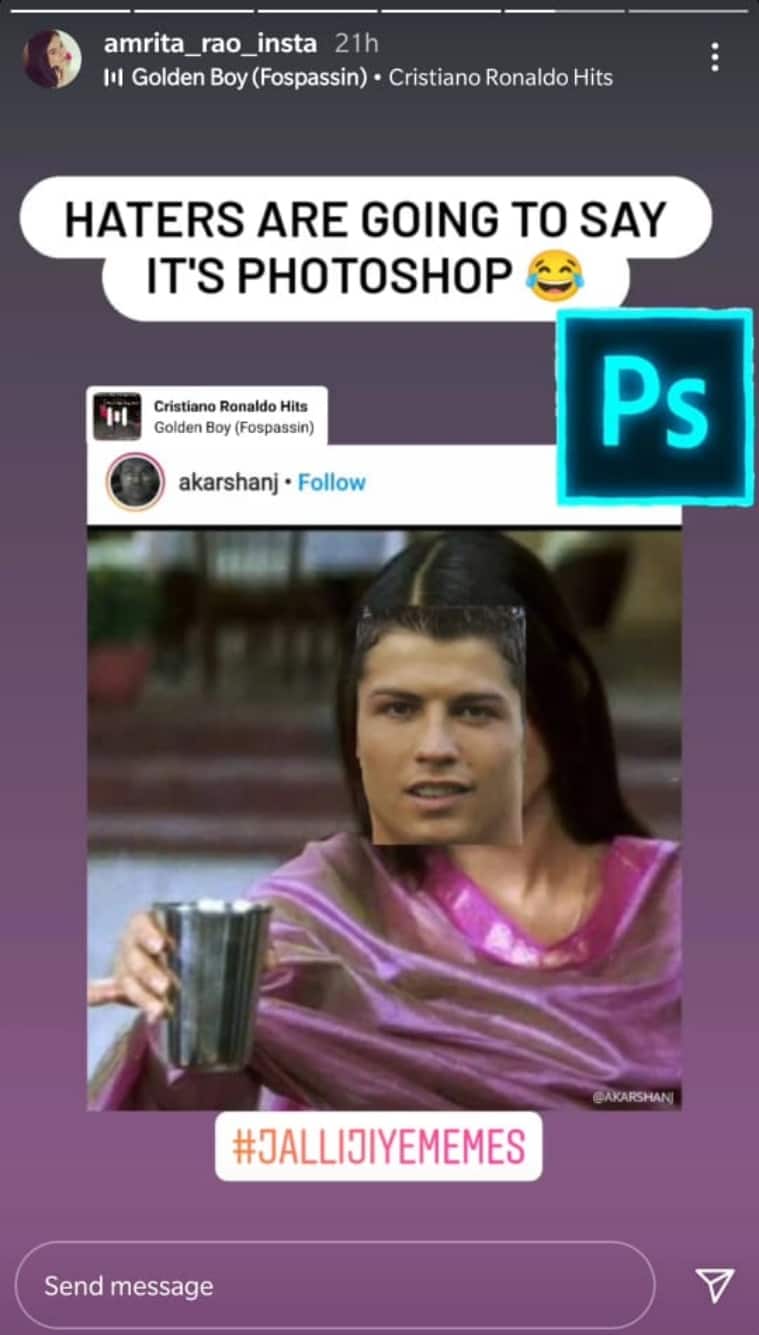 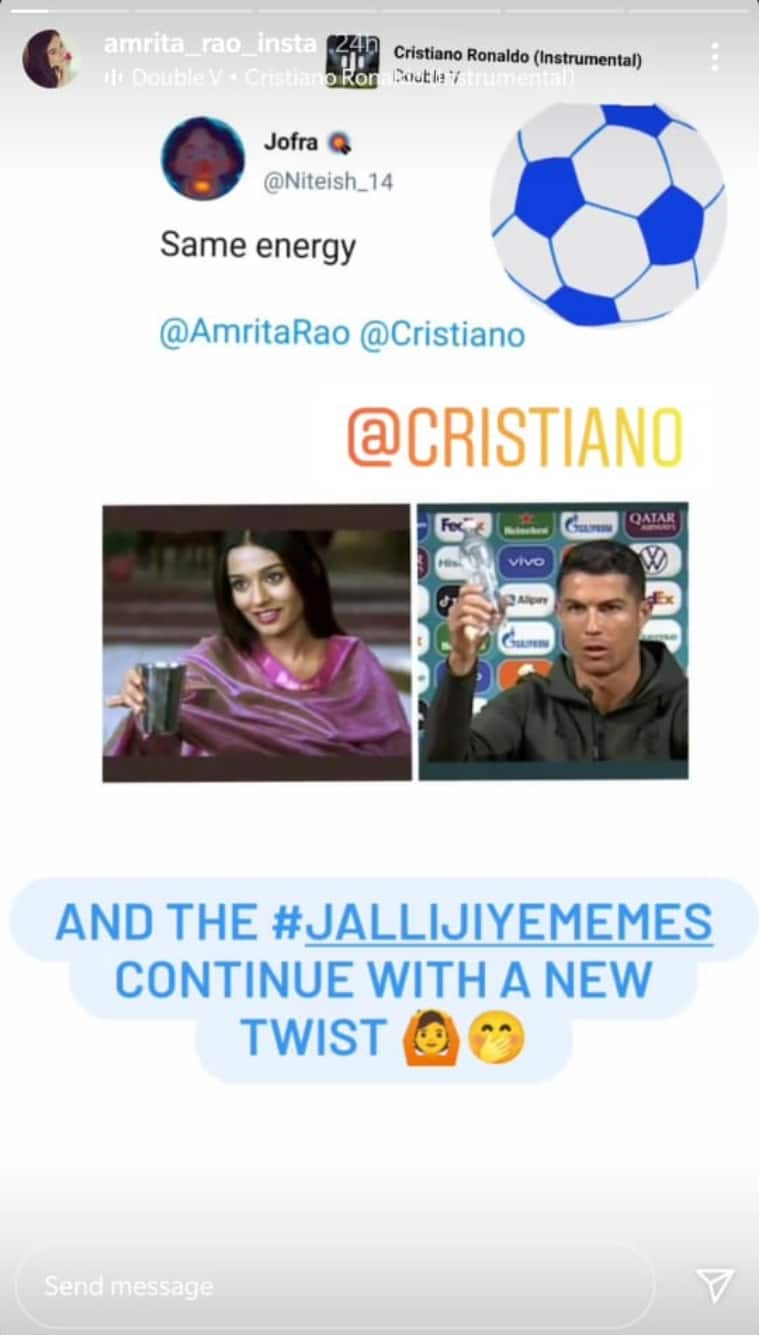 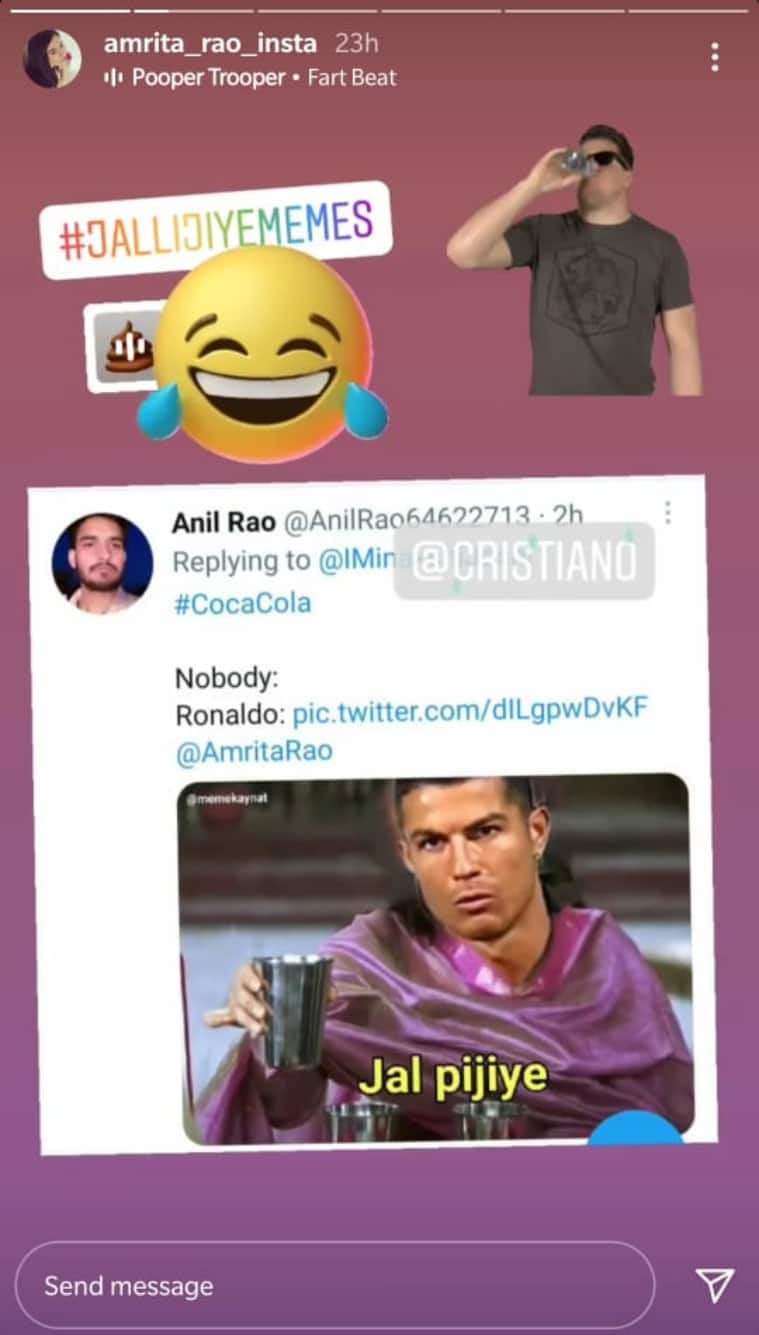 Amrita and her husband RJ Anmol welcomed their son Veer in November 2020. The new parents shared Veer’s first photo on Instagram in March.

Amrita rose to fame in the early 2000s with films like Ishq Vishk, Main Hoon Na, Vivah, Welcome to Sajjanpur, amongst many others. She was last seen alongside Nawazuddin Siddiqui in the 2019 film Thackeray.