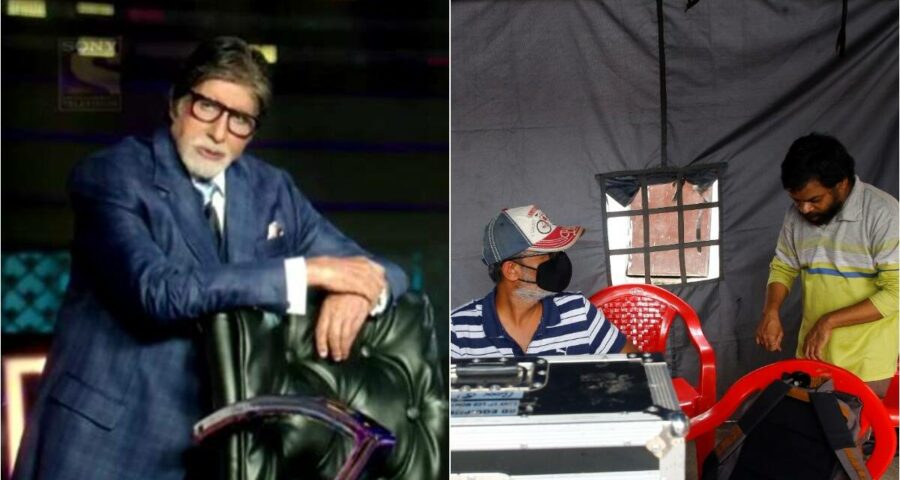 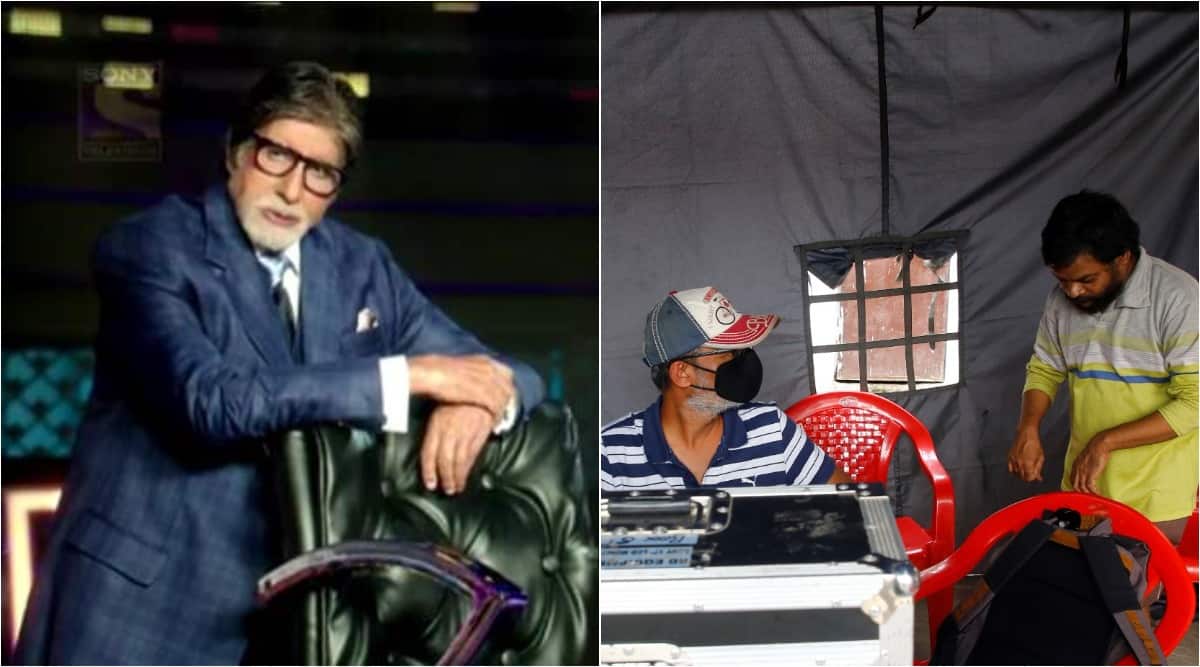 Amitabh Bachchan will soon be back on the small screen, hosting the thirteenth season of Kaun Banega Crorepati. For the last 11 years, ad man-filmmaker Nitish Tiwari has produced a campaign for the game show every season. On Friday, while interacting with reporters, he shared that KBC 13 will have a short film as its brand video, which would be released in three parts. Titled ‘Sammaan’ (respect), the first part was unveiled by Tiwari during a virtual interaction.

Shot across five days in Berchha, Madhya Pradesh, the short film stars Peepli Live actor Omkar Das Manikpuri, apart from local talents. Tiwari revealed that the idea of shooting the film at a real village reiterates how Kaun Banega Crorepati resonates with people from every corner of the country.

The 2.40-minute short film opens with villagers discussing how the school building hasn’t been rebuilt for a year due to lack of funds. They brainstorm together to solve the crisis — from looting a bank, buying lottery tickets to making viral posts on social media, all their efforts fail and they decide everyone should register for KBC. As luck would have it, Dabba, a worker in a salon, manages to crack the first round, before the video ends with the text announcing ‘to be continued’. Apart from showcasing real-life issues, the first promo uses humour to tackle the subject, making it a fun watch.

Talking about creating a full-fledged short film for KBC 13, Nitesh Tiwari said that every year, he and his team work on creating something different. This season he and his writer Nikhil Mehrotra started with the thought that they wanted to ‘break away’ from conventional executions. “That was our starting point and allowed us to write better. We believe that KBC is not just a game show. It has become a part of our lives. We thought that the approach cannot be showcased in a few seconds and needed different storytelling. We wanted to make a short film that celebrates the spirit of KBC.” 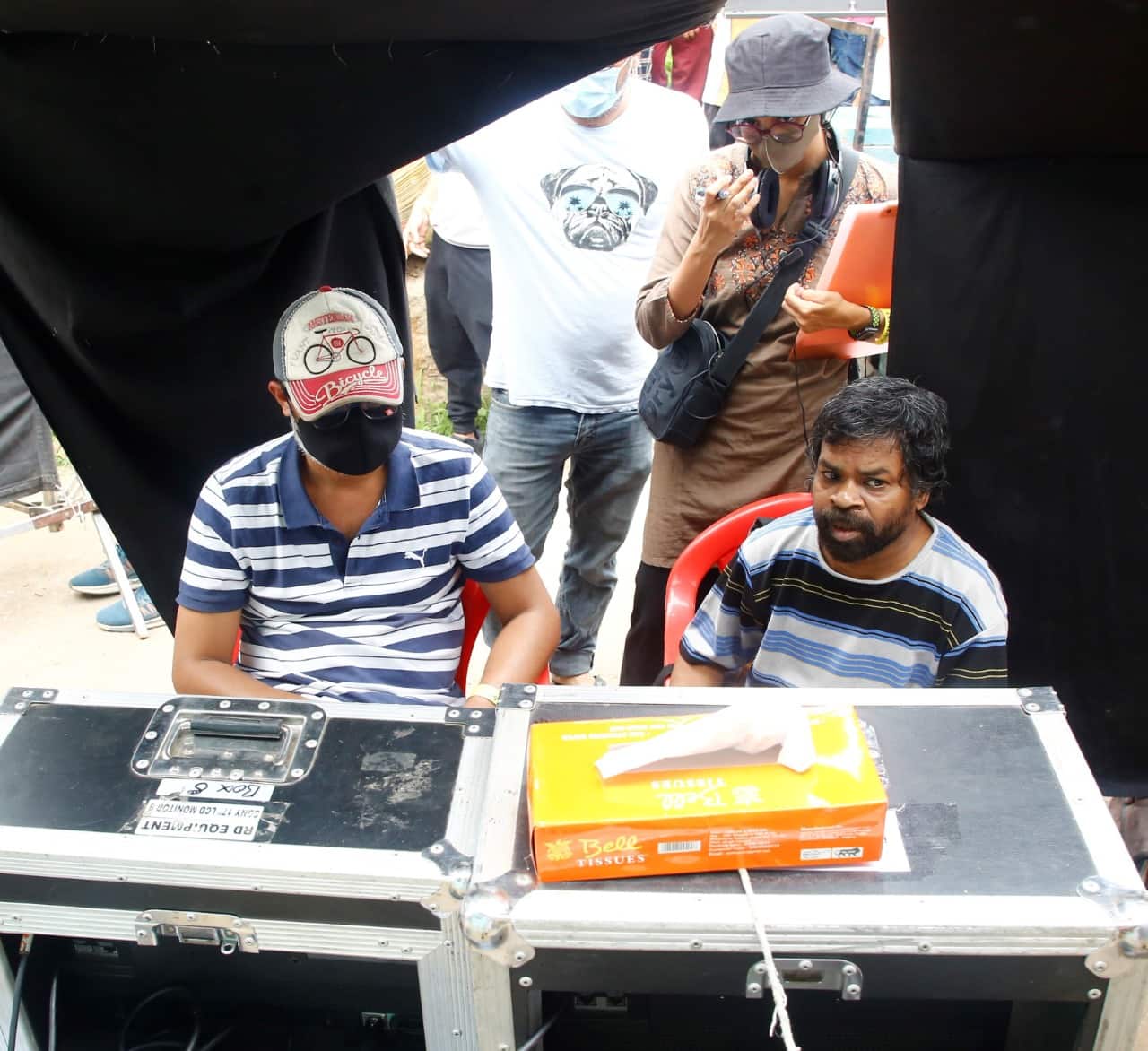 Responding to indianexpress.com’s question on using the ‘aspirational value’ in every campaign, the Dangal director said, “We have to create emotions that are related. Whatever we do has to be within the DNA of KBC. Aspirations and the show go hand in hand. Every contestant that reaches the hot seat comes with dreams of themselves, their loved ones or even community and society. Kaun Banega Crorepati comes with the thought that if you believe you can do it, you definitely can.”

While host Amitabh Bachchan is yet to see the complete short film, Nitesh Tiwari said that he really liked the script. “He has seen the first part. It’s always a compliment to get a shabaashi from Mr Bachchaan. He did like it,” Tiwari concluded.

Kaun Banega Crorepati 13 will go on air mostly in the last week of August.