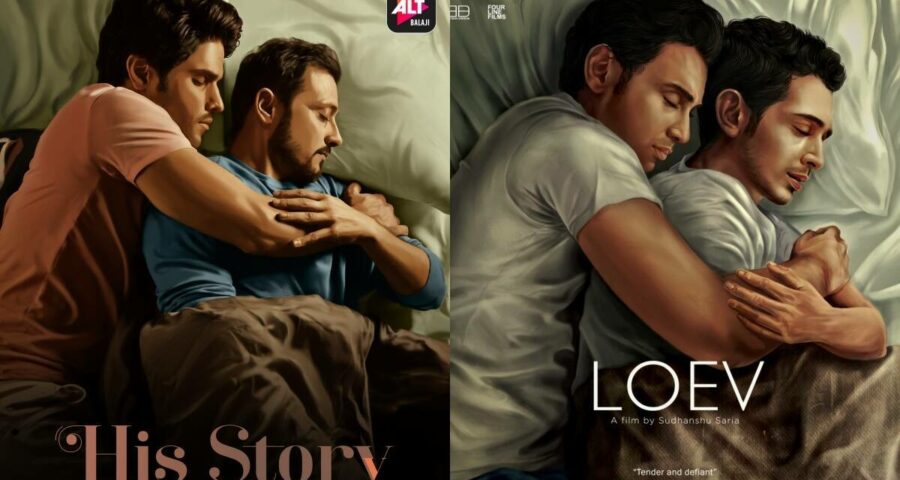 Filmmaker Sudhanshu Saria on Friday took to Twitter to point out similarities between the poster of his short film Loev and ALT Balaji's His Storyy. The digital platform finally apologised on Sunday morning after director Vikramaditya Motwane criticised Ekta Kapoor's company for its inaction on the matter.

Hours after filmmaker Vikramaditya Motwane criticised Ekta Kapoor’s ALTBalaji for allegedly plagiarising the poster of a short, Loev, for their upcoming series His Storyy, the streamer on Sunday apologised for the “oversight” and said it couldn’t pass the uncanny resemblance between the two looks as a mere coincidence.

Motwane posted a series of Instagram stories late Saturday evening slamming the team at Balaji, saying, it was shameful that rather than apologising for the “folly” the production house continued to display the contested art work on its social media. 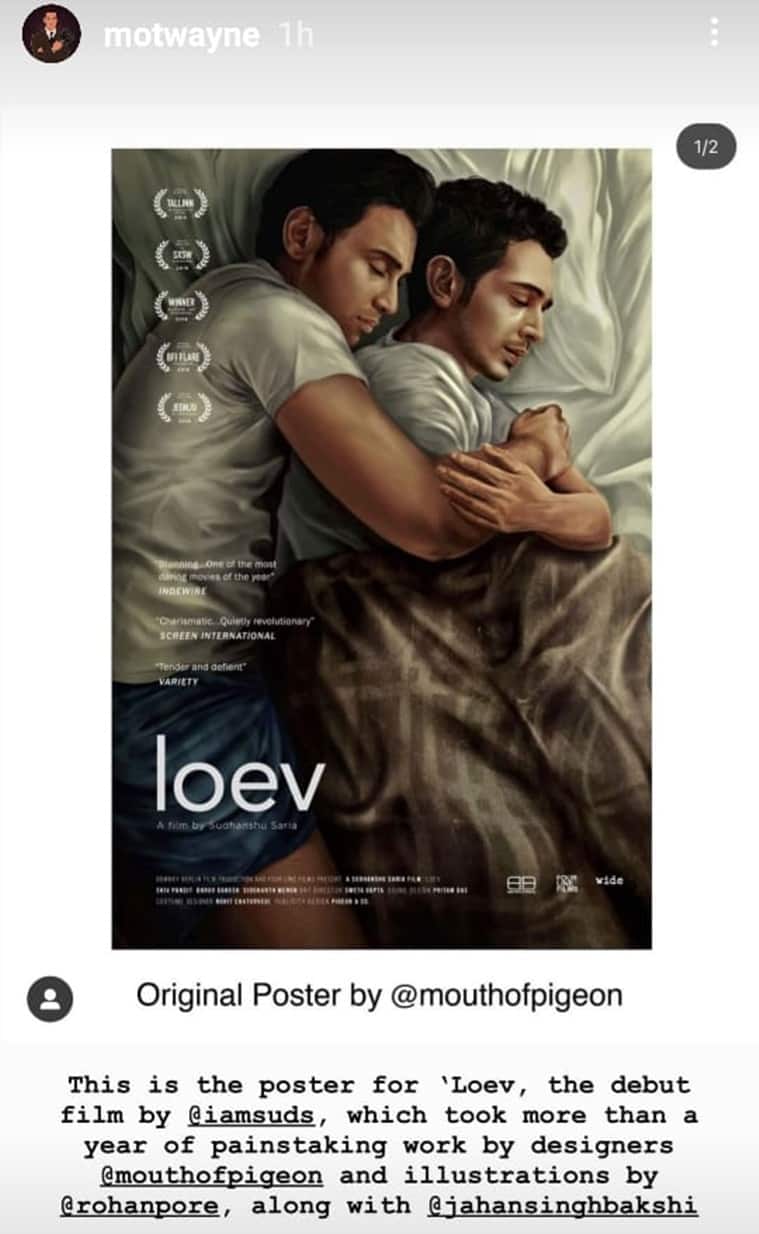 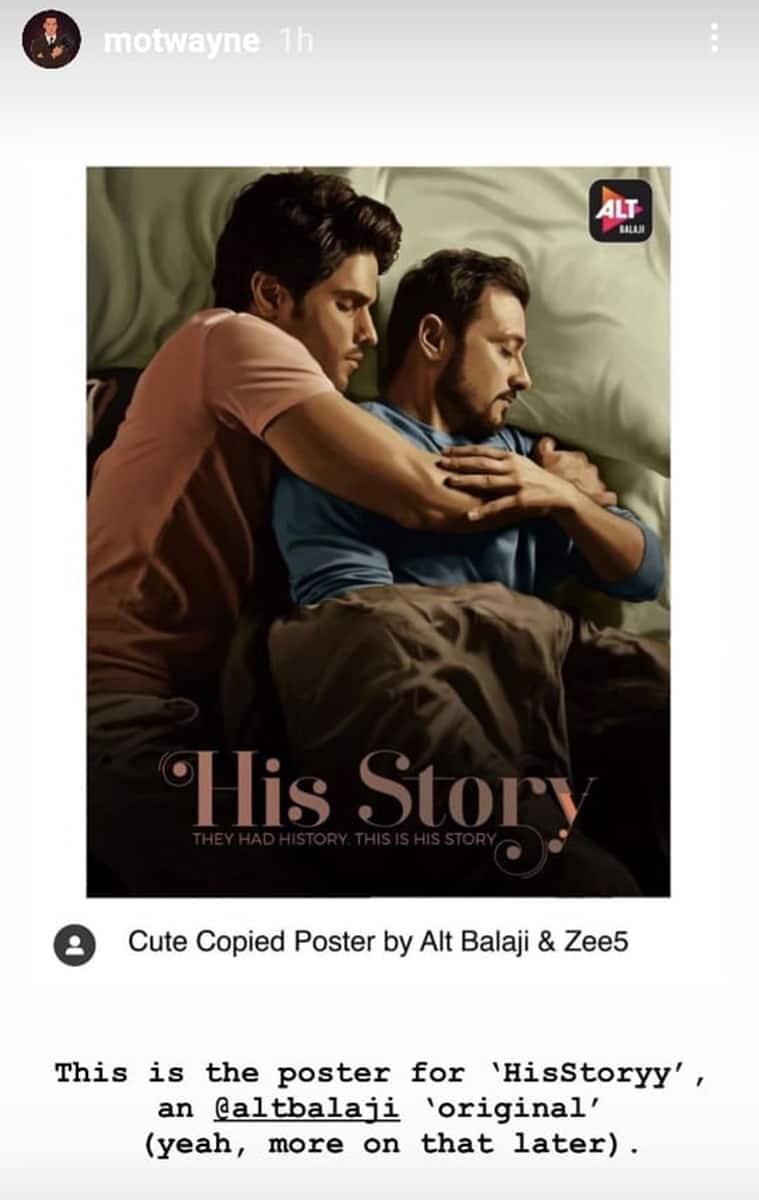 “It’s like the intern at @altbalaji googled ‘Indian same sex film’ and decided to rip off the first poster they found. I say intern because I cannot believe that a working professional in the industry would have the lack of integrity to hahahahahahah who the f**k am I kidding! Interns are a thousand times better. Also, Balaji has a HisStoryy of doing this,” wrote Motwane, who in the past has directed Ekta Kapoor-backed Lootera. 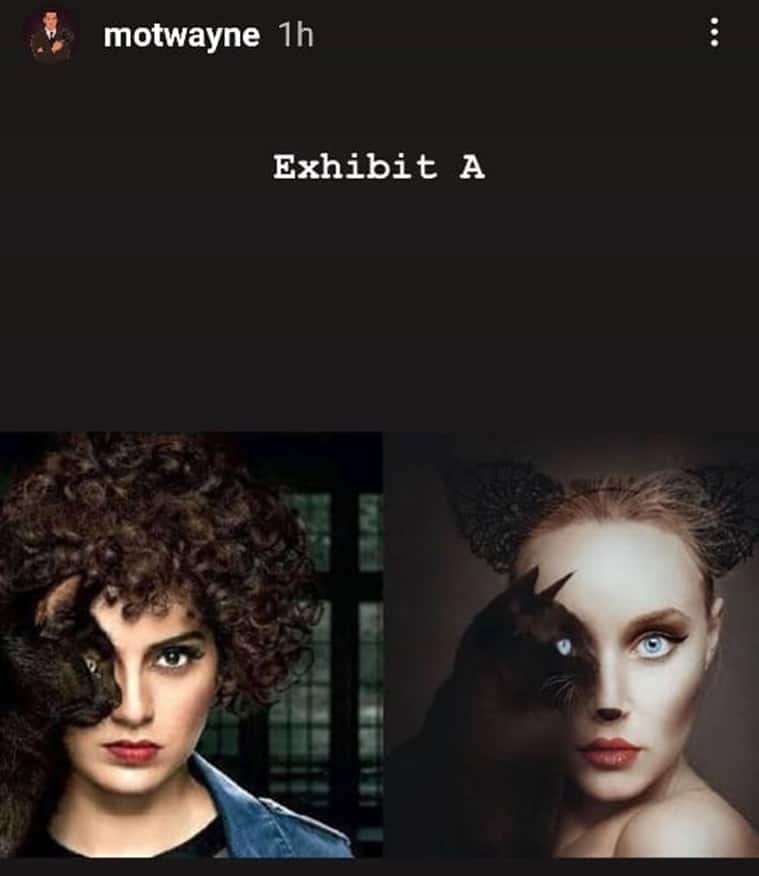 For reference, the director then shared an Instagram story featuring a look of Kangana Ranaut from her 2019 release Judgmentall Hai Kya and an oddly similar artwork done reportedly by Hungarian artist, Flora Borsi. She had even accused the makers of plagiarising her work. The next story showed a poster of Taiwanese web-series His Story, a gay love story. 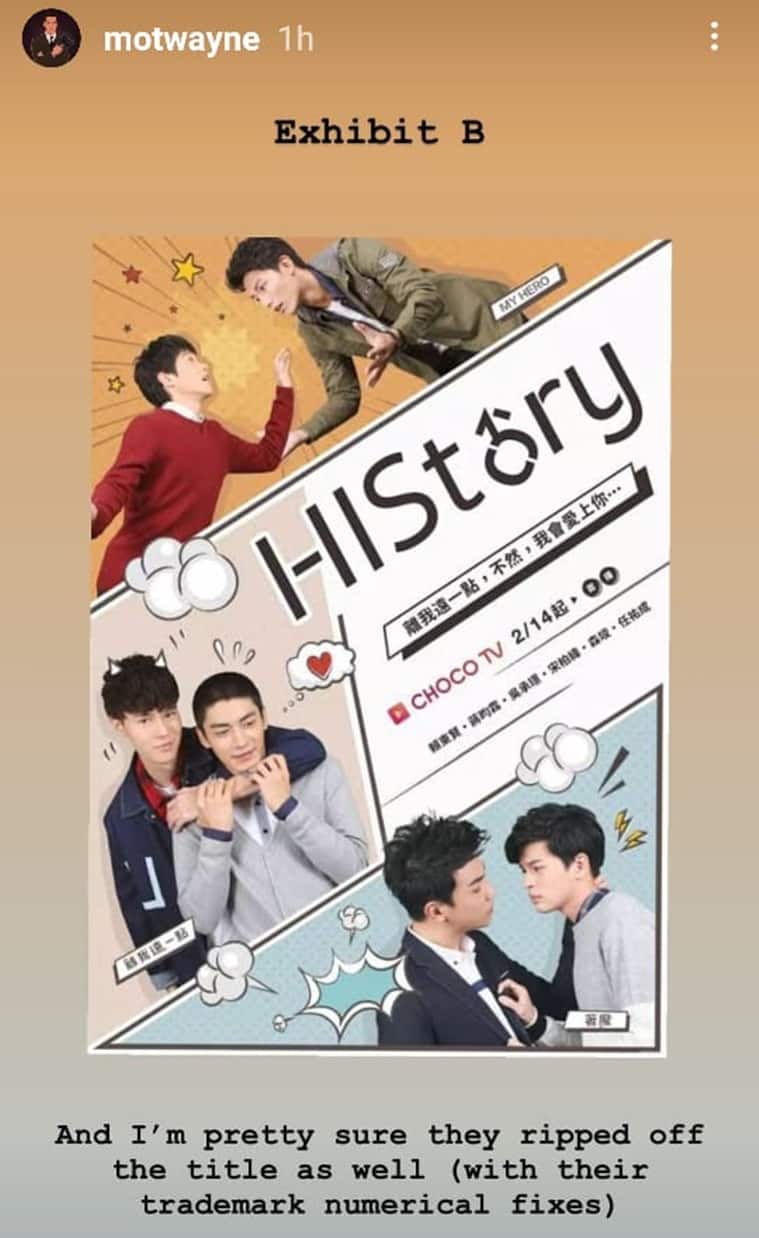 Motwane alleged that the team of Ekta Kapoor’s His Story plagiarised the series’ title from the Taiwanese drama. In his concluding remarks, the director wrote that ALTBalaji should have taken down the material by now and not “delete” comments by users, who were criticising the streamer. 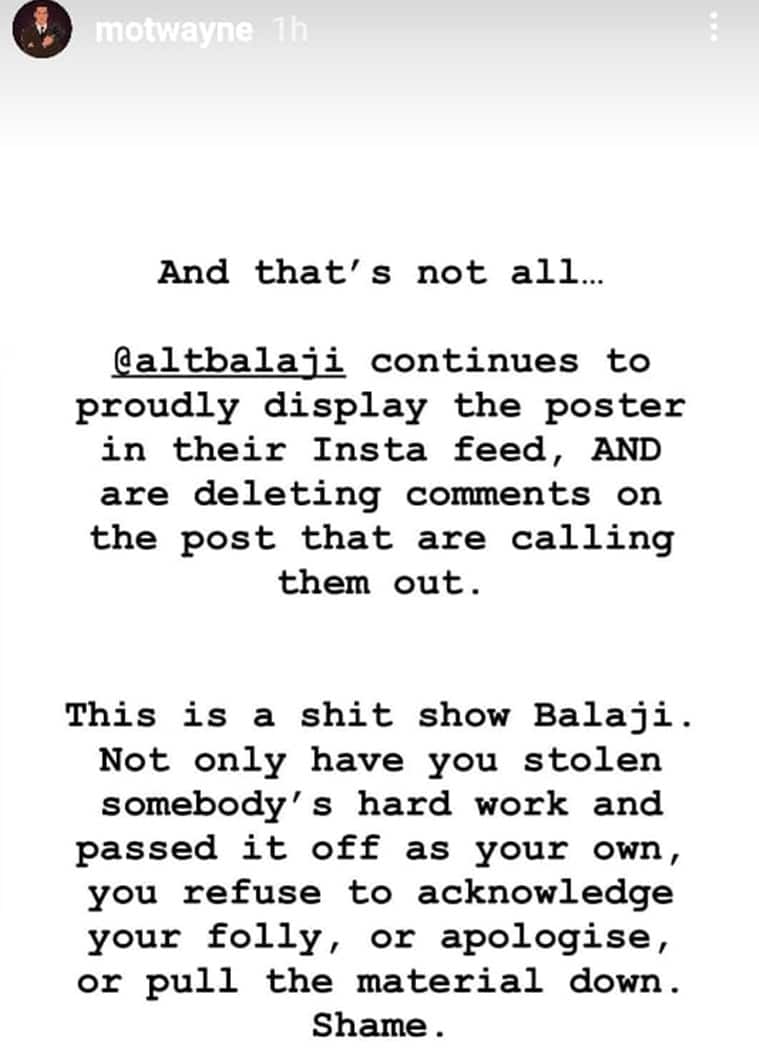 “This is not at all. @altbalaji continues to proudly display the poster in their Insta feed, AND are deleting comments on the post that are calling them out. This is a s**t show, Balaji. Not only have you stolen somebody’s hard work and passed it off as your own, you refuse to acknowledge your folly, or apologise, or pull the material down. Shame.”

Within hours, the official Twitter handle of ALTBalaji issued a statement, apologising to the team of Loev and said that it has removed its poster from its social media handles. Interestingly, until Motwane’s public criticism, ALTBalaji had maintained that “due diligence” was on.

“On the 9th of April, we released a poster of His Storyy and were made aware of the existence of Sudhanshu’s ‘Loev’ poster. The uncanny resemblance and similarity cannot be written off as a mere coincidence. It has been an oversight on part of our design team. For this, we apologise,” read a section of the statement.

“We respect the creativity of every designer and would never intentionally lift their work nor disregard their talent. Thus, an apology to the artists involved in the making of this poster is warranted. We have deleted the poster from all our platforms and we humbly apologise to the artists involved in the creation of the beautiful poster of ‘LOEV’,” read ALTBalaji’s latest statement.

It all began on Friday, when filmmaker Sudhanshu Saria, who wrote and directed Loev, took to Twitter to express his anguish over the matter.

Many of Sudhanshu’s colleagues asked the EKta Kapoor-owned streaming platform to take responsibility.