David Dhawan’s Bade Miyan Chote Miyan is all set to be remade with action stars Akshay Kumar and Tiger Shroff.

The teaser is out, and it looks like an all-out actioner with a bit of humour.

Producer Vashu Bhagnani has used the title song from the original Bade Miyan Chote Miyan in the new film.

The original film, starring Amitabh Bachchan and Govinda had released on October 16, 1998, alongside Karan Johar’s Kuch Kuch Hota Hai, and was a success.

The new film is slated for a Christmas 2023 release. 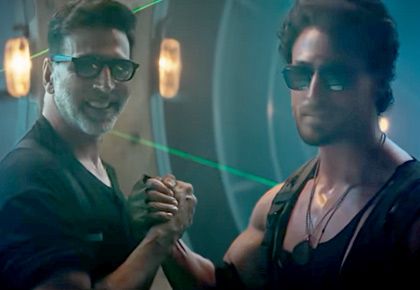