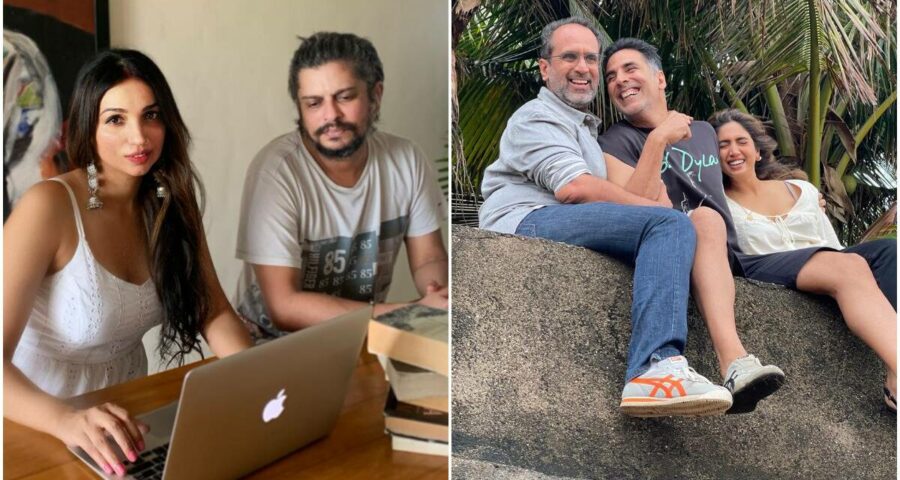 Film writers Kanika Dhillon and Himanshu Sharma tied the knot in January this year. Akshay Kumar-Bhumi Pednekar's Rakshabandhan will be their first collaboration together after their wedding. National Award-winning film writer Himanshu Sharma and his screenwriter wife Kanika Dhillon have announced their first collaboration after their wedding earlier this year. The two will be writing Akshay Kumar and Bhumi Pednekar’s Rakshabandhan, which will be helmed by filmmaker Aanand L Rai. The film was announced by Akshay Kumar on the festival of Raksha Bandhan last year.

Aanand L Rai and Himanshu have collaborated on several films in the past. Their last film together was Shah Rukh Khan’s Zero.

Talking about working with Kanika, Himanshu said in a statement, “This is the first time that I’m co-writing a script and I’m fortunate to collaborate with a talent like Kanika…who has got such a distinct voice…she has such a varied body of work which I’ve always admired and I hope we do our best in Rakshabandhan.”

Sharing her excitement about co-writing Rakshabandhan with Himanshu, Kanika said,”Rakshabandhan is a very special story and for the first time I have collaborated with Himanshu Sharma – who is known for changing the landscape of Hindi films! Of course, I was nervous and excited to work with this gigantic talent! with Rakshabandhan we hope we will be able to tell a story that makes its way into the hearts of every brother and sister!”

Rakshabandhan is presented by Akshay Kumar’s sister, Alka Bhatia and Aanand L Rai. The film is backed by Colour Yellow Productions in association with Cape of Good Films.