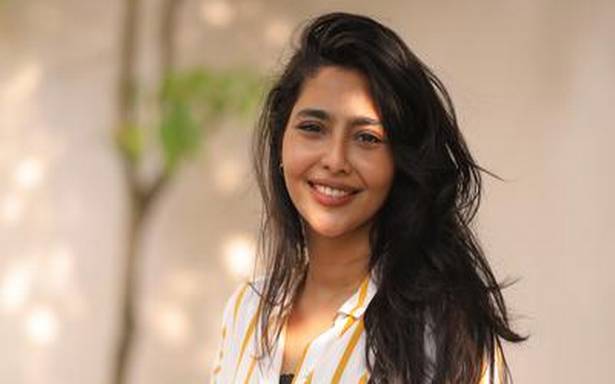 The actor returns to the big screen in the Malayalam film ‘Archana 31 Not Out’, releasing on Friday

Aishwarya Lekshmi is on her way to Kannur by road for the shoot of upcoming Malayalam Kumari, when we manage to chat about her film Archana 31 Not Out releasing in theatres on February 11.

“Archana… has been in the works for some time due to the pandemic and lockdowns. I heard the story in 2019, during the shooting of Argentina Fans Kaattoorkadavu. I enjoyed the narrative about a 28-year-old primary school teacher in Palakkad, a feisty, determined soul, who had to sit through 31 formal boy-meets-girl sessions,” she says.

Through Archana, viewers get to meet the people in the village in Palakkad and hear about their stories. “It is a film that will make you think about many social conventions that we often take for granted, even when they make us uneasy,” she says.

Directed and co-written by debutant Akhil Anilkumar, Archana… is the first female-centric film that is headlined by Aishwarya. Indrans, Anju Joseph, Ramesh Pisharody, Rajesh Madhavan, Sunil Sukhada and Mini KS are among those in the cast.

It is also her first film in Malayalam to reach theatres after Brother’s Day (2019). In 2021, Aishwarya had two OTT releases — Dhanush-starrer Jagame Thandhiram in Tamil (Netflix) and Kaanekkaane in Malayalam (SonyLIV). She was also seen in the segment ‘Nizhal Tharum Idham’ in the anthology Putham Pudhu Kaalai Vidiyaadhaa… released last month on Amazon Prime.

She says, “All the more reason why I am looking forward to see Archana on screen. Without many choices to follow her dreams, Archana’s ambition is to get a government job. She has to work hard for her living as her financial state is also not favourable.”

Aishwarya Lekshmi in a poster of the film ‘Archana 31 Not Out’ | Photo Credit: Special arrangement

The actor quickly adds that it is in no way a preachy film but a light-hearted entertainer that zooms into Archana’s life. “There is a sense of purpose about her decisions. Archana and I are similar as we both know what we want but, unlike her, I am fortunate that I don’t have to think where my next meal is going to come from,” points out the medical graduate turned actor.

Aishwarya empathises with Archana because she is not willing to meekly to fall in line with societal expectations. “At present, there is so much societal pressure on youngsters: when to get a job, what kind of a job, when to get married, when to have children… Archana refuses to fit into that cookie cutter.”

Having seen the film, Aishwarya feels that film has achieved what it wanted to convey. The movie, she believes, will provoke viewers to think about how they might react in the situation Archana finds herself in.

Aishwarya recalls that as a child, she was told by elders that teaching or medicine was ideal choices for a woman. “Why can’t a woman take up any job that she wants to? Even now, many of us take a second look when we see a woman driving an autorickshaw or a bus? Why should we? Every person should be free to choose the profession he/she wants.”

Although the lockdown forced her stay at home for nearly eight months, she is glad she got that chance to spend time with her parents, renovate her house and get herself a pet – Bruno, a Lab.

“I haven’t got so much time to be at home after I completed schooling. Once I started working, there was no break at all,” she adds.

Up next in Malayalam is Kumari, helmed by Nirmal Sahadev of Ranam fame. Said to be a mythological with elements of fantasy and horror, the film is being shot in Idduki, Piravam, Kannur and Kasaragod in Kerala. “If Nirmal’s first film was shot in the US, this one is set in the heartland of Kerala,” she says.

Aishwarya feels that there has been a welcome change in the Malayalam film world with several female-centric movies being made. “I have become a little choosy and want to do films that entertain but those with a strong theme, roles of substance and a subtle message for viewers,” she explains.

She says with a laugh that Kaanekkaane came a relief after a long break as there were people asking her if she was still in cinema. “I have films in Tamil and Telugu. And I am eagerly awaiting the release of Mani Ratnam’s magnum opus, Ponniyin Selvan I, though I can’t talk about it now.”