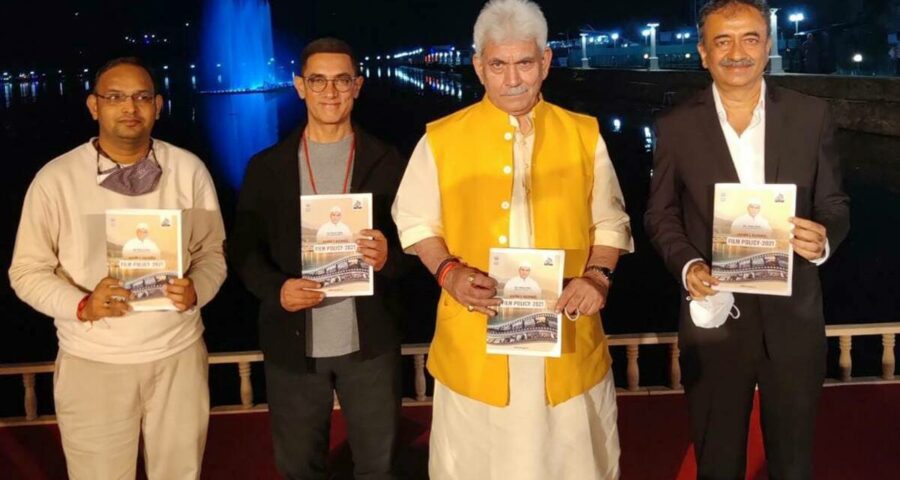 Aamir Khan is currently shooting for his upcoming movie Laal Singh Chaddha in Jammu and Kashmir. 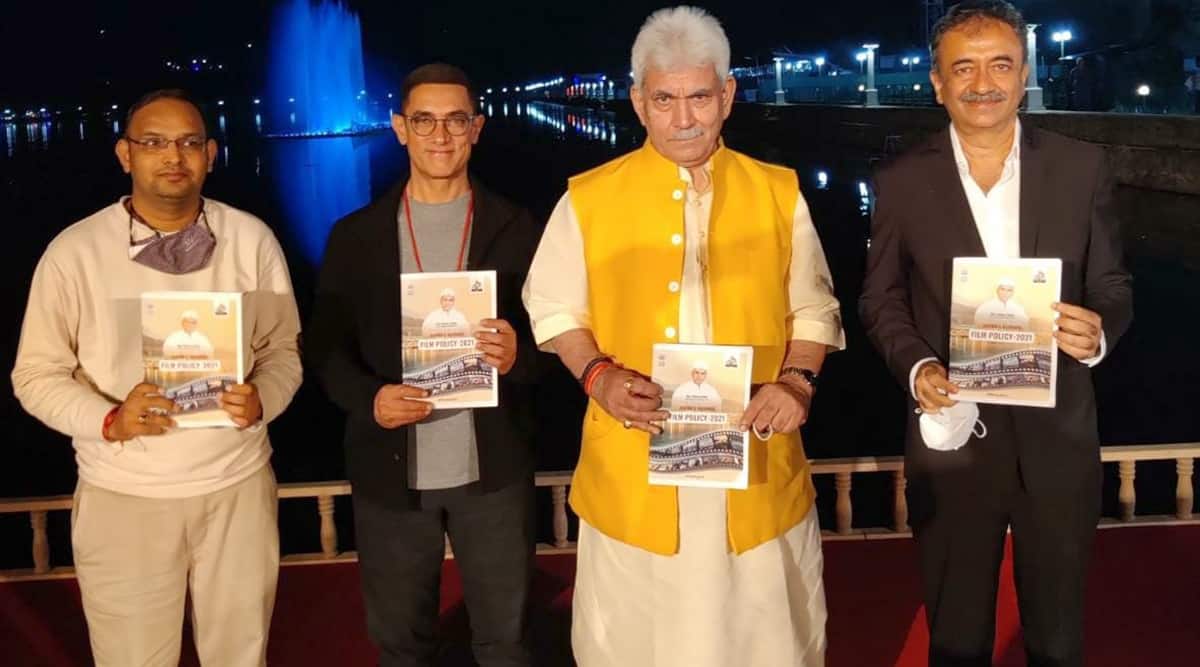 Bollywood superstar Aamir Khan has said the Jammu & Kashmir’s film policy-2021, launched by Lieutenant Governor Manoj Sinha, will facilitate the shooting of movies in the valley, known for its beautiful locales.

The new film policy was launched by the Lt Governor at a star-studded event here on Thursday in the presence of the Bollywood actor and filmmaker Rajkumar Hirani.

It aims to establish Jammu and Kashmir as the first choice of film shooting destination for filmmakers.

“I want to congratulate Manoj Sinha and am also thankful to him for this film policy. It is a moment of happiness for the film industry and we will get several facilities and it will make shooting films here easy. I wish the whole team all the very best,” Khan said at the launch event at SKICC here.

The actor, who is currently shooting for his upcoming movie Laal Singh Chaddha in the union territory, said the administration, police and all the other agencies have been very cooperative with the team.

“If I share my experiences, the shooting of our film is on and not yet covered under this policy, but I must tell you that the administration, police and all the other agencies have been very cooperative.

“They have helped us a lot and I really want to thank them. It has been really very supportive,” Khan added.

The 56-year-old actor also thanked the people of the valley for showering them with love.

“I want to thank the people the most. The people here are as much beautiful as Kashmir is. We have been showered so much love, this place is so much beautiful that we will want to come back here again and again and hug you. It is really wonderful,” Khan, who is in the valley with his mother, sisters, ex-wife Kiran Rao and her parents, said.

The actor expressed happiness that under the new film policy, the government is starting a film institute for the youth here.

“I think it will be a great opportunity for the youth of Kashmir to enter the creative field and learn about it. Also, like we see in other states, we will want to see Kashmiri films as well. We would like to see an industry come out of J-K,” he said.

According to officials, the new film policy has been worked out to promote the overall growth of the film industry in the union territory, setting up of the Jammu and Kashmir Film Development Council and providing hands on access to website for talent pool and all shooting destinations.

It will also facilitate the development of shooting locales, infrastructure for film screening, revival of closed cinema halls, upgrading existing cinema halls, encouraging setting up of multiplexes, destination marketing, organising the J&K film festival, and restoration and preservation of films from the region, they added.