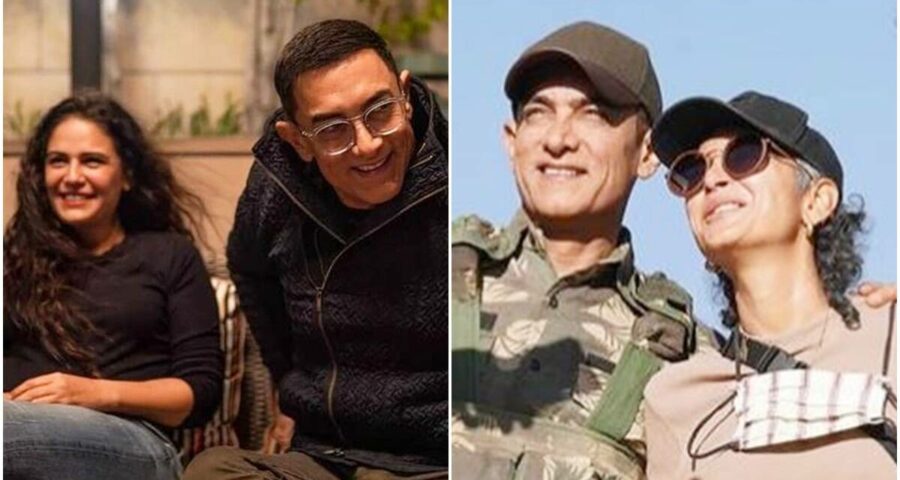 Actor Mona Singh has completed her shoot schedule of Aamir Khan film Laal Singh Chaddha. Mona on Thursday shared a sweet compilation video on Instagram to mark her journey on the epic movie which featured Aamir and Kiran rao. Sharing a montage set to the tunes of Maroon 5’s “Beautiful Goodbye,” Mona wrote in the caption of the post, “And it’s a wrap on ‘Laalsinghchadha’ for me, goodbyes aren’t easy specially when you’ve had such an amazing and magical experience. Thank u team #laalsinghchaddha for so much love ❤ @aamirkhanproductions @advaitchandan kiranrao @avancontractor @teasemakeup @hingoraniharry @ravidevsingh @vaishalituteja @bohemiangirl9 @nanaosoyam_ @paloshell @ramankumar.”

Kiran and Aamir announced their separation while they were shooting for the film in Ladakh. The two, however, continue to collaborate with each other. Their son, Azad Rao Khan, is also travelling with them.

Earlier, Mona had shared several images of herself with the team of Laal Singh Chaddha when they were about to head to Amritsar for the next schedule of filming. “Worked hard, partied harder,” Mona had captioned the images that also featured superstar Aamir Khan.

Directed by Advait Chandan, Laal Singh Chaddha is the official Hindi adaptation of Tom Hanks’ Forrest Gump. Earlier, while speaking to PTI, Aamir explained why he wanted to be a part of the Bollywood remake. “I  have always loved Forrest Gump as a script. It is a wonderful story about this character. It is a life affirming story. It is a feel good film. It is a film for the whole family,” the actor had said at the time.

Laal Singh Chaddha is set for a December release.