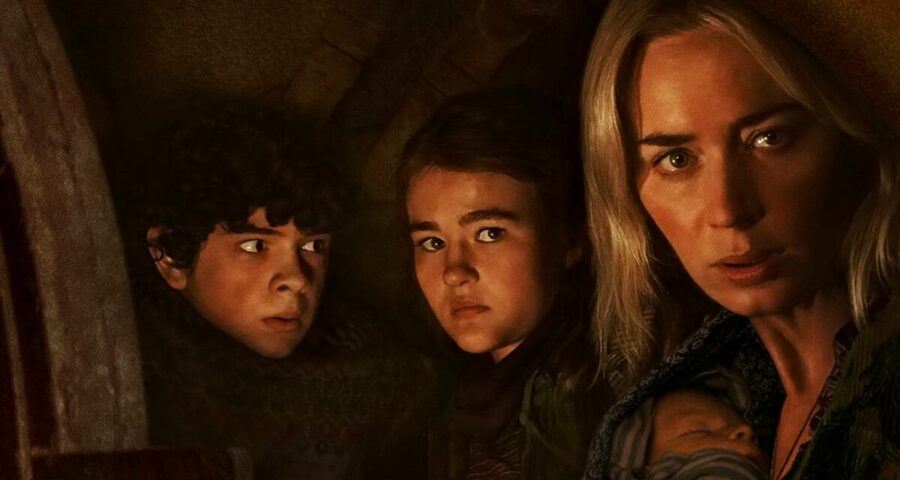 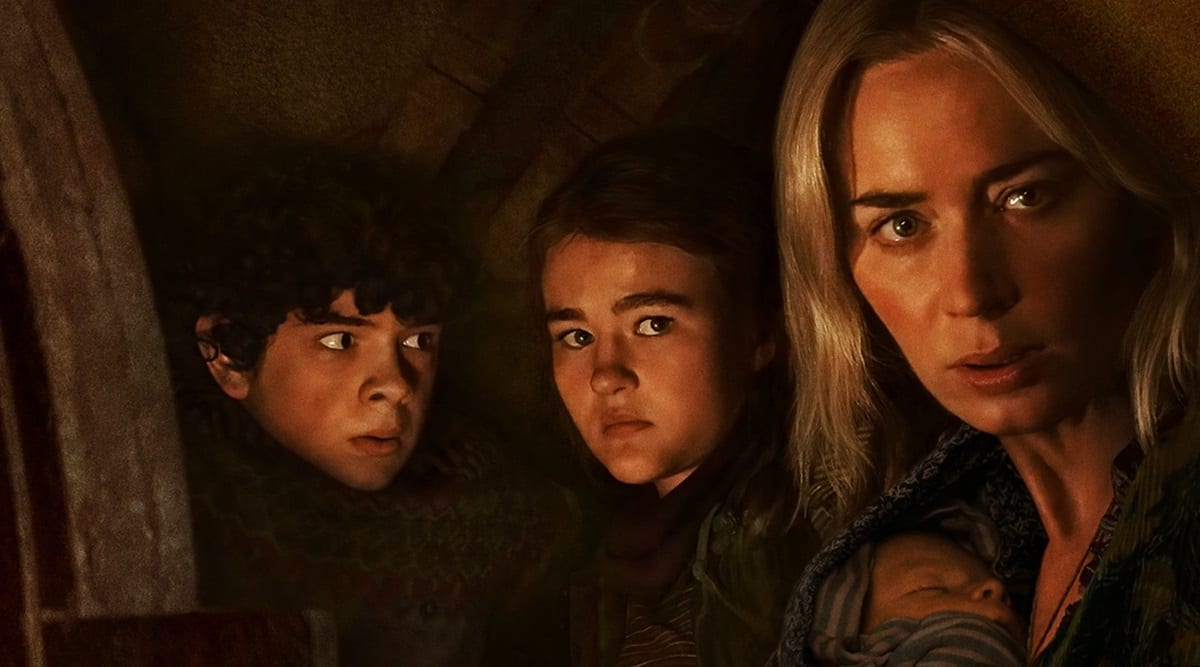 It has been three years since the charming real-life couple John Krasinski and Emily Blunt chilled us literally into silence with their version of an alien invasion. Since then, the world has learnt that it doesn’t take snarling predators, all tentacles and teeth, to bring the world to a halt. How does the sequel — perhaps too tempting to resist, given the success Krasinski enjoyed with the film that he both co-wrote and directed — match up, to both what could be and what is?

Sadly, it is more of the same, with tension that is less taut, story that is less focused, and a Blunt who is blunted.

The thing that clicked with the first part was the focus on the Family Abbott, seemingly the last survivors of aliens who are on a murderous rage for no obvious purpose. The reason that the tightly knit group of five has managed to elude death is that they figured early on that what attracted the aliens was sound, and how to avoid it. We met them on Day 472 of the invasion, walking barefoot through a store, jumping when the youngest almost dropped a toy vehicle, and then taking a long walk in a single file one careful step at a time to home, not realising that the toddler had fallen behind.

The dread that hung over that single scene infused the whole of the first part, as the family fought off one attack after another, figured out new ways to keep safe, the children were repeatedly thrown into harm’s way, and Mamma Evelyn (Blunt) fought fiercely to keep her brood safe, including the one she was about to deliver.

By the second part, the baby has been born, Papa Lee (Krasinski) has been killed, their home has been destroyed, and Evelyn must find a new refuge.

Once she and the children, Regan (Simmonds), Marcus (Jupe) and the baby (kept in a sound-proofed crib with a breathing tube attached), have stepped out of the house, A Quiet Place Part 2 breaks the connection we had forged with the Abbotts. And it never finds that again.

Regan is hearing-impaired, a nifty detail that is a survival tool in the new world as all of the Abbotts know sign language. Simmonds, who suffers from the disability in real-life too, is an astonishing actor, again wearing the mantle of leadership that falls on her quite naturally. It’s sad that Krasinski, again the writer and director, should feel the need to bring in the older, wizened Murphy as Emmett, a family friend, to be, literally, the man about the house.

It’s unclear what more Emmett brings to the table other than Murphy’s own formidable acting skills, eyes that burn almost as bright as Blunt’s, and a backstory which is meant to posit despair against hope. Also, it does this in a way that is more half-hearted than convincing — in the process hampering A Quiet Place’s real accomplishment, which is in giving us a heroine like Regan who is a worthy successor to The Hunger Games’s Katniss Everdeen.

Murphy’s presence also relegates Blunt’s own travails to a side plot. While Krasinski switches between the many parallel strands well, and the film is striking in how it is shot in parts, after a point this seems an obvious contrivance to drive along a story that has been told already.

Krasinski begins with a lot more promise though, finally giving us a glimpse of what Day 1 would have been like. A town that seems empty still, till it isn’t, as all of them are gathered for a baseball game, with dogs, babies, snacks and the great American obsession. There is a streak across the sky suddenly, followed by slight unease, and then total panic.

But it’s not Day 1 to Day 472 that the film is interested in, not at all. And as we again jump to Day 472, it must figure out how many ways there are to convey the threat of sound, as well as the efforts to not make it.

There is a glimpse of hope, but it is too late and too brief. But maybe that single passing shot, of Emmett walking around a corner and stumbling upon a world that could have been his dead wife and children’s too, is worth it. Murphy captures a whole lifetime of regret and realisation in those micro seconds.

As we too pang for the world that was, as we wonder if it is worth saving at all, here is a strong message: yes, it always is.