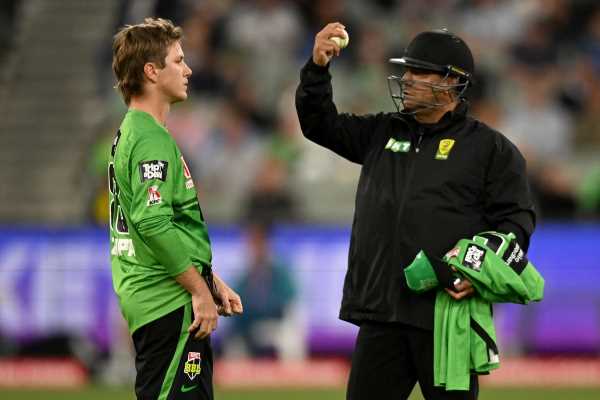 Australia leg-spinner Adam Zampa found himself in an embarrassing situation on Tuesday when his attempt to get Melbourne Renegades’ Tom Rogers run out with a “Mankad” went awry in the Big Bash League.

Melbourne Stars captain Zampa aborted a ball during his run-up after seeing Rogers leave his crease early and whipped off the bails, with umpires initially giving it as a run out.

However, the decision was overturned by the third umpire, who determined Zampa’s arm to have “gone past the vertical”.

The Marylebone Cricket Club (MCC), the custodians of cricket’s laws, later issued an explanation of the decision on social media.

“The non-striker can be run out if he/she is out of his/her ground up until the moment the bowler would normally have been expected to release the ball,” the MCC tweeted, along with a video of the attempted dismissal.

“That means when the arm gets to its highest point. The bowler is not entitled to go all the way around in the bowling action and then run the non-striker out.”

Rogers was named player of the match after taking five wickets.

“I was pretty happy the ‘not out’ came up because I didn’t think that I had left too early,” Rogers said after the match.

The ‘Mankad’ dismissal, named after former India all-rounder Vinoo Mankad, is legal but has long generated debate as to whether it breaches the spirit of the game.