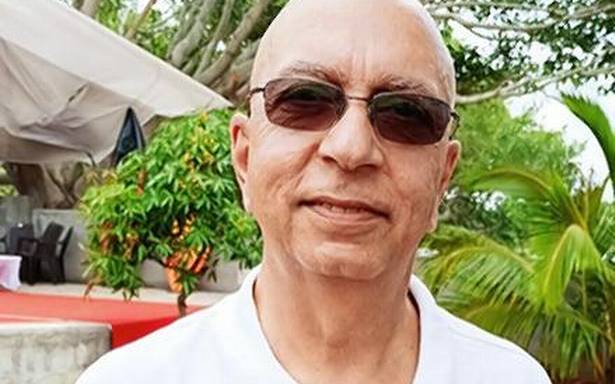 Says the future is bright for the sport in the country

Homi Motivala, 63, a recipient of the Arjuna Award (1993), Major Dhyanchand Khel Ratna Award jointly with P.K. Garg (1994-95), Dronacharya Award (2002) and Shaurya Chakra gallantry award (1993), said that “Yachting in India has improved a lot” in a chat with The Hindu while on a visit to the Royal Mysore Sailing Club, Mysuru, for the National sailing championship at the KRS backwaters.

How is the yachting scene in the country?

It has improved a lot. Definitely more emphasis is being given by the Yachting Association of India and the Government of India for the development of the sport in different centres. India has fared well in the Olympics, Asian Games and many youngsters are taking up the sport.

Your views on India’s recent performance in Tokyo?

The performance of the four sailors was very good. Vishnu Saravanan was the best performer and did well above our expectations. Ganapathy Chengappa, Varun Thakkar and Nethra Kumaran also performed well and it was a good learning experience for them in a world class field.

Tell us about your exploits in yachting

I was a Commander in the Indian Navy, which gave me full support. I represented the country in the Asian Games in 1990 (Beijing) and 1994 (Hiroshima) partnering P. Garg and won bronze medals, in the Enterprise class. Garg and I were also world champions in the Enterprise class in 1993. I was also an International race officer. I served as the chief national coach from 1999 to 2006.

How do you see the future of yachting in India?

The future bright. Youngsters are competing at the highest level. For the first time we had four sailors in the Olympics.

Your advice to upcoming youngsters

I give them 10 points to follow: 1. Know the rules properly; 2. Seek knowledge from wherever you get it, 3. Should be extremely methodical and scientific in your approach, 4. Willing to do hard work and effort, 5. Realistic goal setting is a must, 6. Should have a routine, 7. Be critical of yourself, 8. Never dwell in the past, 9. Have fun, 10. Winning and losing is all in the head.