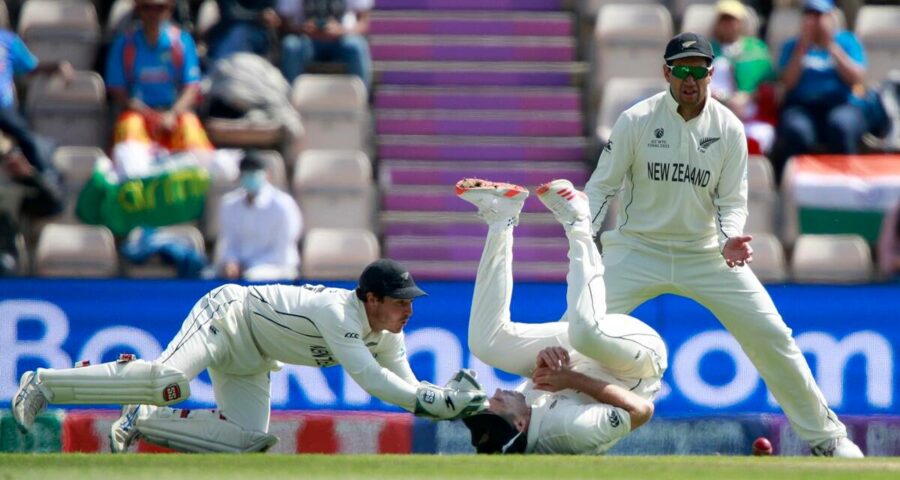 Pant got a reprieve when Southee at second slip dropped him off Jamieson's bowling on the Reserve Day of WTC Final. 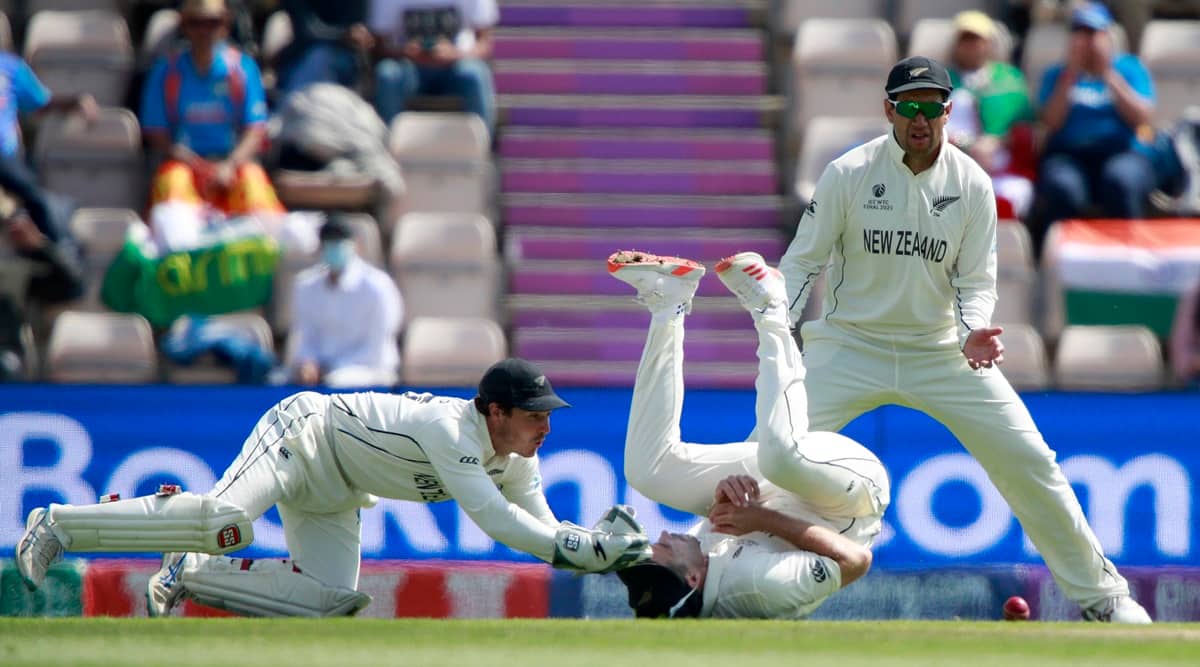 Starting the rare sixth day of the World Test Championship final in Southampton on a bright note, New Zealand’s Kyle Jamieson was close to getting his third scalp of the day but slip fielder Tim Southee shelled it this time.

With the rain-affected match forced into the Reserve Day, Jamieson had a confident first hour, bowling 14 overs in the innings by conceding just 17 runs and taking the wickets of India captain Virat Kohli and Cheteshwar Pujara.

He almost had his third, quite similar to how he got Rishabh Pant in the first innings. Jamieson beat Pant for pace, found the outside edge but Tim Southee dropped it at slip. How expensive will this drop turn out to be?

Pant is playing Wagner cleverly, coming out of the crease and counter-attacking. The southpaw hit the Kiwi left-arm pacer for few boundaries which were often followed by a few words from the bowler. During the first sesesion, Pant walked down the track and smashed Wagner down the ground for four.

On day 5 of the WTC final, India were 64 for two in their second innings, leading by 32 runs after dismissing New Zealand for 249.

Two full days — Friday and Monday — have been washed out at the Rose Bowl, bringing into play the reserve day, a sunny Wednesday with 98 overs on offer. The brilliant quality of the bowling offers the prospect of someone winning, but a draw remains likely, which would declare co-champions from the inaugural final.