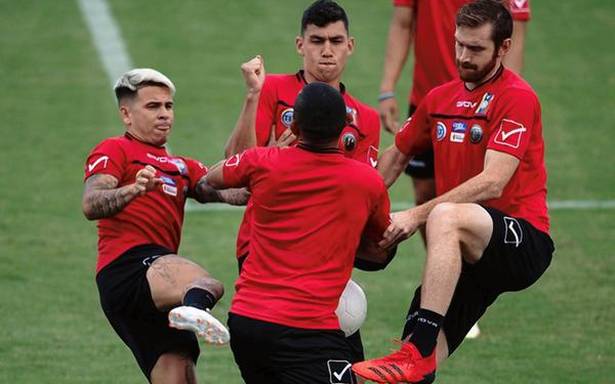 Brazil and Argentina will be hoping to avoid any more interruptions when World Cup qualifying resumes on Thursday across South America.

The game between the two rivals in Sao Paulo last month was suspended shortly after kickoff after a Brazilian health official entered the pitch to remove four Argentina players he considered should be in quarantine due to COVID-19 protocols. Both teams then earned victories in their second game of that international window to remain on course for a place in Qatar.

And similar scenes should be avoided when Brazil, which tops the qualifying standings, visits last-place Venezuela and second-place Argentina travels to Asuncion to face Paraguay.

This time, England-based players have been allowed to travel to South America despite Britain’s strict COVID-19 restrictions. Premier League players will have to show they have been fully vaccinated to avoid a 10-day quarantine after they return to their clubs.

Brazil has 24 points and Argentina has 18 from eight matches. Uruguay (15), Ecuador (13) and Colombia (13) follow, but they’ve all played nine matches.

The top four teams secure a spot at next year’s World Cup in Qatar. The fifth-place team will enter a playoff against a team from a different confederation.