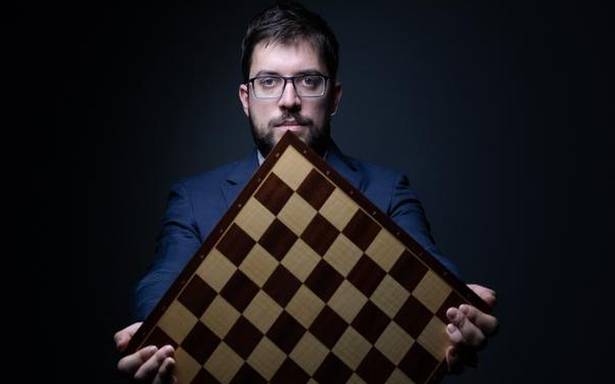 In contrast, the women’s title was decided with a round to spare

Eighth seeded Frenchman Maxime Vachier-Lagrave came good when it mattered and stole a march over several stronger contenders before nailing local hero Jan-Krzysztof Duda 2-1 in the tie-breaker to claim the World blitz chess title in Warsaw on Thursday.

Vachier, tottering at the 47th spot after losing the 10th round, scored nine points from the last 11 rounds. His victims included

After topping a three-way involving Duda and third-placed Alireza Firouzja at 15 points, Vachier won the third tie-break blitz game to dash the hopes of the host.

In contrast, the women’s title was decided with a round to spare after 17-year-old Kazakh Bibisara Assaubayeva built on her overnight lead to score 14 points from 17 rounds. Russian Alexandra Kosteniuk, the world rapid title winner two days back, finished runner-up at 12.5 points, half a point ahead of compatriots Valentina Gunina and Polina Shuvalova.

Third seed K. Humpy lost a chance to win a medal after losing the final round to Shuvalova. The dethroned rapid champion defeated Kosteniuk, R. Vaishali and defending blitz champion Katerina Lagno to be second but the last-round defeat umpy slip from the second to the fifth spot.

Similarly, Vaishali was 3rd after 13 rounds but lost thrice in the last four rounds to tumble to the 14th spot.

In the open section, 10th seed Arjun Erigaisi came the closest to winning a place on the podium after being third — behind Aronian and Daniil Dubov — with 12 points after 17 rounds. However, he lost to Vachier, Firouzja and Martyn Kravtsiv in succession before drawing the final round with Aleksey Dreev for the 24th spot.

D. Gukesh, the other impressive performer of the day, raised visions of being the best Indian on view in the open section until he crashed to a surprise final-round loss to Russian Mikhail Kobalia.

When the dust settled, Vidit Gujrathi and Nihal Sarin (13 each) emerged as the Indians with most points and took the 18th and 19th spots.