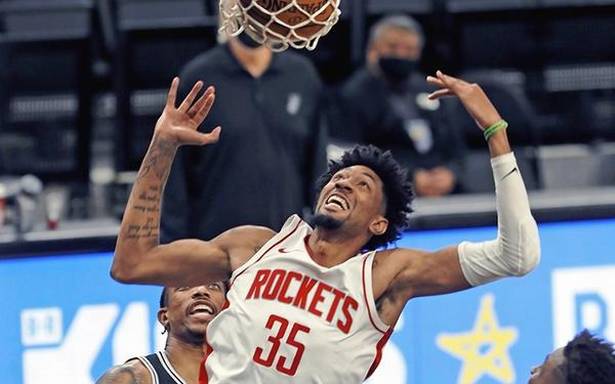 Harden moves to Brooklyn Nets as part of multi-team deal

Houston Rockets put this week’s franchise-altering trade in the rear view mirror on Thursday night as it kicked off its post-James Harden era with a gutsy comeback NBA win over San Antonio Spurs.

Journeyman Christian Wood scored a team high 27 points and had 15 rebounds for the Rockets in a 109-105 win over the Spurs a day after Houston sent shockwaves through the NBA when they traded three-time league scoring champion Harden to Brooklyn Nets as part of a mammoth multi-team deal.

Houston was coming off back-to-back blowout losses at home to Los Angeles Lakers.

Asked what the feeling was like in the Rockets’ dressing room one day after the blockbuster deal, Wood correlated it to the never give up mindset of late Lakers superstar Kobe Bryant.

In Portland, Domantas Sabonis had 23 points and 15 rebounds to lead visiting Indiana Pacers to a 111-87 win over the Trail Blazers, who lost centre Jusuf Nurkic with a broken wrist.

Malcolm Brogdon added 25 points and seven assists for the Pacers, who improved to 4-1 on the road and snapped an 11-game losing skid in Portland.