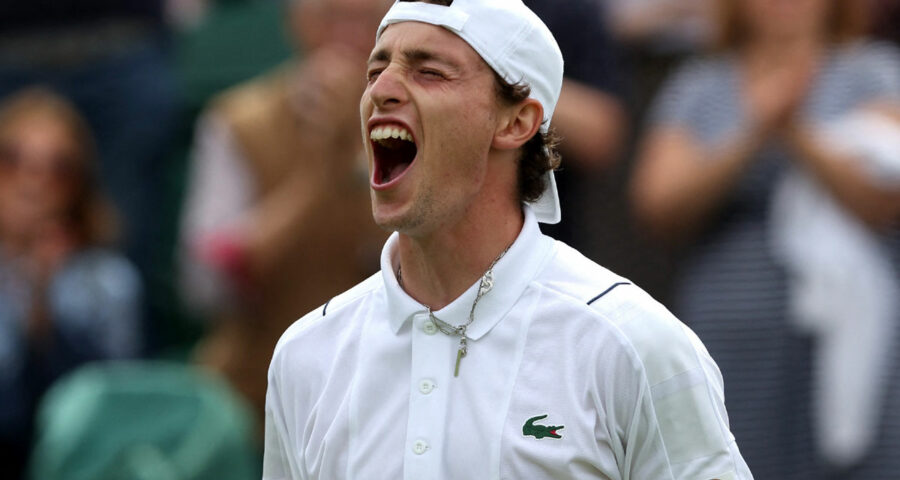 Ugo Humbert had 90 minutes to fill before his delayed Wimbledon match against Casper Ruud on Wednesday but it still wasn’t enough to pack properly as he turned up at Number Two Court missing a vital piece of equipment – a tennis racket.

The Frenchman had been forced to wait to face the third seed due to rain but as the umpire called the players to begin their knock-up, despite coming on court carrying a massive red bag, the 24-year-old sheepishly admitted: “I don’t have any rackets – sorry for that.”

Humbert’s embarrassment did not last long as somebody appeared within a couple of minutes clutching three rackets.

Perhaps the confusion impacted his concentration as he lost the first set before coming back strongly to win the second-round match 3-6, 6-2, 7-5, 6-4.

Doubles disharmony as Tan pulls out after Williams win 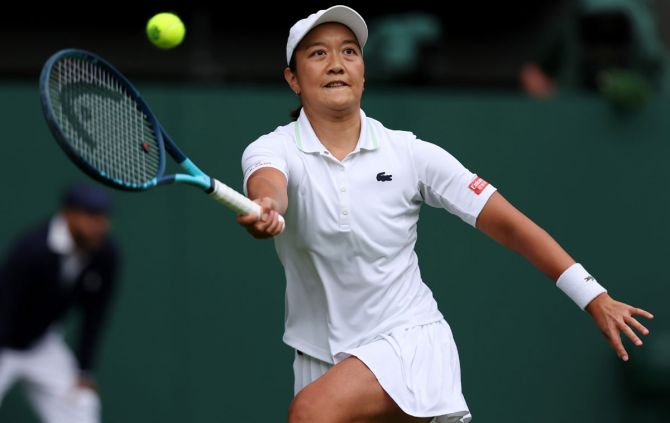 Hours after knocking Serena Williams out of Wimbledon in a late-night Centre Court epic, France’s Harmony Tan pulled out of the women’s doubles due to a thigh injury — and her partner was not impressed.

“Unfortunately my doubles partner H. Tan retired from our doubles today. She just texted me this morning. Let me wait here one hour before the match start,” the 27-year-old wrote on Instagram.

“I’m very sad, disappointed and also very angry that I can’t play my 1st Doubles Grand Slam. And It’s really not fair for me… I didn’t deserve that.”

Tan needed three hours and 11 minutes to beat Williams, a seven-times Wimbledon singles champion, under the lights in the first round on Tuesday and there was no indication that she will not continue her singles campaign.

“She asked me before the tournament if we wanna play doubles and I said yes, I didn’t ask her, she asked me!,” said Korpatsch, who lost her first-round singles match to Britain’s Heather Watson.

“If you’re broken after a three-hour match the day before, you can’t play professional,” Korpatsch added. “That’s my opinion.”