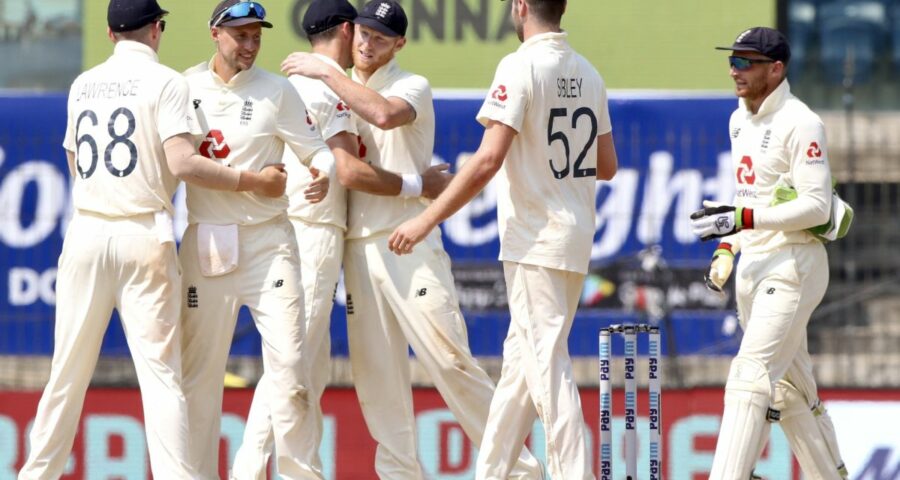 After giving India a reality check in the opening Test, England will look to tighten their grip on the Anthony De Mello Trophy as the two teams face off in the second Test that starts in Chennai on Saturday, February 13.

While Joe Root’s team put on a creditable an all-round show, the eventuality of a shake up in the team is inevitable given the English Cricket Board’s rotation policy due to bio-bubble-induced fatigue.

Jimmy Anderson, who bowled one of the finest overs of pace in recent times in the first Test, may get a rest although he doesn’t seem keen on the forced downtime.

‘When a batsman gets in rhythm and in form, they want to just keep batting, keep that rhythm going, and it’s the same for bowling, you want to keep that going as much as possible,’ Jimmy said after the first Test.

Anderson could make way for fellow veteran pacer Stuart Broad while Jofra Archer is likely to retain his spot.

Early indications from Chennai suggest that the wicket will see some turn from Day 1 itself. Although Dom Bess was taken for a few by Virat Kohli on Day 5 of the opening Test, it looks improbable that Captain Joe Root and Coach Chris Silverwood will tinker with the Jack Leach- Bess combination.

With both spinners taking 11 wickets among them in the team’s victory on Tuesday, Moeen Ali may have to wait his turn to return to the playing eleven.

Jos Buttler has flown home, as part of the ECB’s rotational policy. Donning the gloves in his place is Ben Foakes who is likely to play the rest of the series.

‘Ben is looking good and has been training hard and obviously having this opportunity coming his way has given him a great focus over the last couple of weeks,’ said Silverwood.

With Root leading by example (218 and 40), England’s batting has been up to the mark, the only exception being Daniel Lawrence who scored a duck and 18 in the first match.

In his Test debut series, Lawrence had done well on the challenging tracks of Sri Lanka, making decent scores while playing spin deftly. He may get another chance to prove himself in India.

Making a comeback post a shoulder injury, Ollie Pope, who was brought in for the injured Zak Crawley, gave a decent showing.

While most of the England batsmen struggled against R Ashwin’s spin in the second innings, Ben Stokes (82 in the first innings) will look to score more runs before we get to the business end of the series.

England will hope that Openers Rory Burns and Dom Sibley provide them early momentum — not just occupying the crease but also scoring some runs.

Sibley grafted his way to a half-century in the first innings while partnering a determined Root. Both openers struggled though in the second innings.

Who do you think should be part of England’s playing XI for the first Test? Please pick your team by clicking on the boxes below: