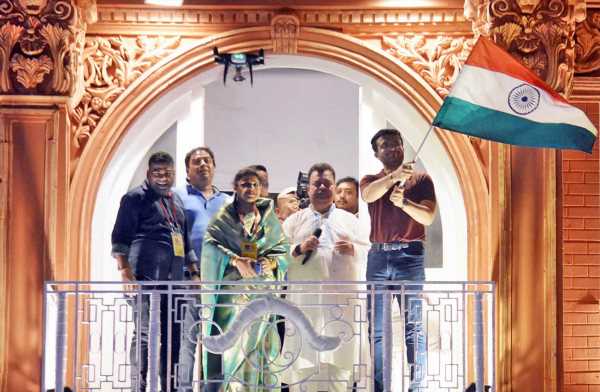 No, not in London, but in his native Kolkata where the BCCI boss inaugurated the Garia Mitali Sangha Naba Durga Puja festival, which had a lookalike of the famous Lords balcony.

It was on the Lords balcony back in July 2002 that Sourav Ganguly showed off his rather hairy torso when India won the NatWest final.