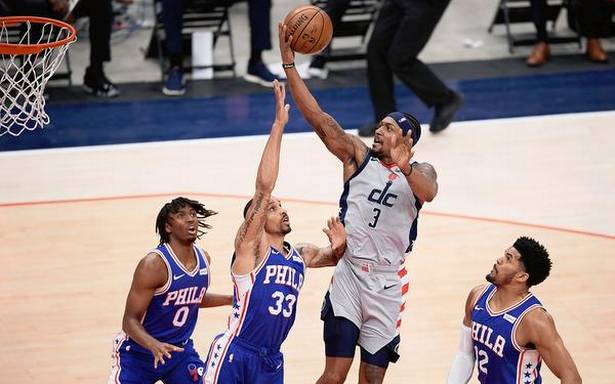 Russell Westbrook and Bradley Beal were on song as Washington Wizards stayed alive in the NBA playoffs beating Philadelphia 76ers 122-114 in game four in the Eastern Conference at Washington on Monday.

Westbrook finished with 19 points, 21 rebounds and 14 assists, while Beal delivered a game-high 27 points.

Beal scored the 1,000th post-season point of his career early in the game, while Westbrook recorded the 12th career triple-double in the playoffs, to move into third place on the all-time list.

The Sixers lost four-time all-star Joel Embiid with an injury in the first quarter. Embiid hurt his knee after falling on a drive to the basket.

Elsewhere, Donovan Mitchell had 30 points and Rudy Gobert scored 13 of his 17 in the third quarter as Utah Jazz beat Memphis Grizzlies 120-113 to take a stranglehold 3-1 lead in their Western Conference series.

The top-seeded Jazz can close out the first round, best-of-seven series on Wednesday in game five in Salt Lake City.