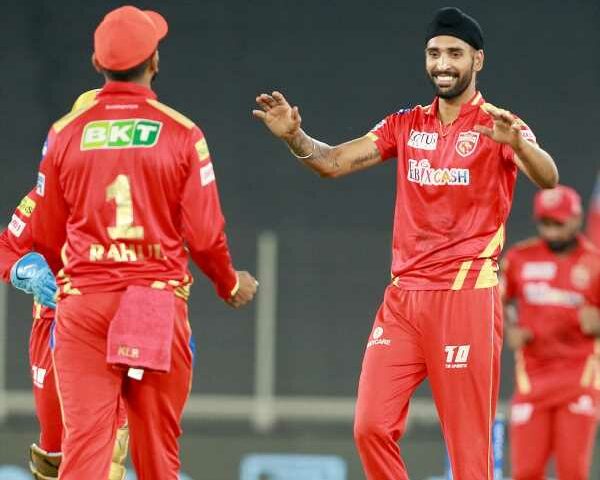 Punjab Kings skipper KL Rahul heaped praise on young spinner Harpreet Brar who starred with both bat and ball against Royal Challengers Bangalore at the Narendra Modi Stadium in Ahmedabad.

Harpreet picked three key wickets for Punjab Kings as he dismissed Virat Kohli, Glenn Maxwell, and AB de Villiers after shining with the bat. The side collapsed from 62/1 to 69/4 and lost a flurry of wickets at the back end of their innings.

The winning captain Rahul was effusive in his praise for 25-year-old Brar.

“We were preparing Brar. On a pitch like this, we felt like we needed a finger spinner who could hit hard lengths. He did exactly that and batted really well in the end as well,” he said.

“I am young myself, but I have been trying to speak to the boys and pass on whatever experience I have of IPL and international cricket.”

“They are blessed with enormous talent and we have to prepare them for the situations and the pressures they’d face in the middle.”

His 57-ball knock was the cornerstone of Punjab’s innings and Rahul said ‘it was important for me to lead from the front’.

“…that’s what I try to do every game. When I have the opportunity to put pressure on bowlers and set targets, I try to do it to the best of my ability. It came off well today,” he said.