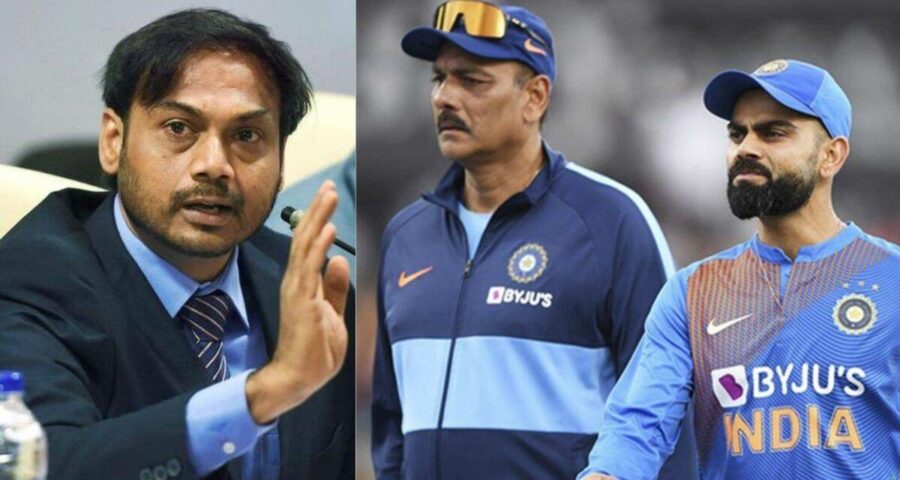 MSK Prasad did not reveal the details of the arguments but said that in the end the two sides acknowledged the points each other made. India’s former chief selector MSK Prasad in a recent interaction revealed that he used to have arguments with skipper Virat Kohli and head coach Ravi Shastri. Prasad has often been criticised for the decisions he took during his tenure which includes picking Vijay Shankar over Ambati Rayudu in World Cup 2019 squad to Yuvraj Singh’s ouster after Champions Trophy 2017.

In an interaction with cricket.com, Prasad was asked, “There was a perception that you were too humble in front of someone like Ravi Shastri and Virat Kohli. People can’t imagine how you could win arguments against such aggressive professionals?”

Prasad did not reveal the details of the arguments but said that in the end the two sides acknowledged the points each other made.

“You ask them what kind of arguments we had. Sometimes, we didn’t want to see each other (after meetings) but the beauty of them is that the next morning when we would meet, they would recognize and acknowledge that there is (merit in the) point we made,” Prasad revealed.

“I am a management student and know how to manage. People want me to blame someone publicly? Why should I do that because it is my family? I may like or dislike decisions even at home in my family but can I come out and say something publicly?” Prasad added.

“Virat and Ravi will tell you about that (how we used to have heated debates). Just because we didn’t have differences publicly doesn’t mean that we were succumbing to them. Who knows how we have convinced them on so many issues,” he concluded.

The 46-year-old was often criticised for his decisions as he was not an experienced campaigner on the international circuit. The wicketkeeper-batsman’s 23 international appearances included six Tests and 17 ODIs with a solitary half-century.