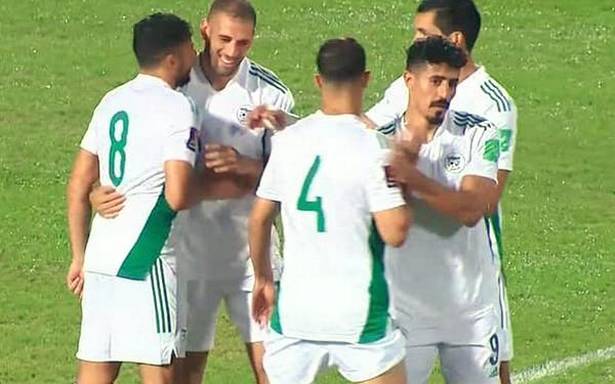 Islam Slimani scored four goals as Algeria equalled the widest winning margin for an African World Cup Qualifier by crushing 10-man Djibouti 8-0 in a Group A rout in Blida on Thursday.

The Lyon forward netted twice in each half and the other scorers were Ramy Bensebaini, Baghdad Bounedjah, captain Riyad Mahrez and Ramiz Zerrouki.

Slimani and Zerrouki were promoted by coach Djamel Belmadi in the only changes from the team that beat Senegal 1-0 in the 2019 Africa Cup of Nations final.

Victory stretched the African record for an unbeaten run by a national team to 28 matches with Algeria last losing away to Benin in 2018.

Niger had to play the home fixture at a neutral venue because it is among eight countries, including Burkina Faso, whose stadiums were declared unfit to host World Cup fixtures.

Meanwhile, goals from Nayef Aguerd and Abuaagla Ahmed, who put the ball into his own net, earned Group I favourite Morroco a 2-0 win over Sudan in Rabat.