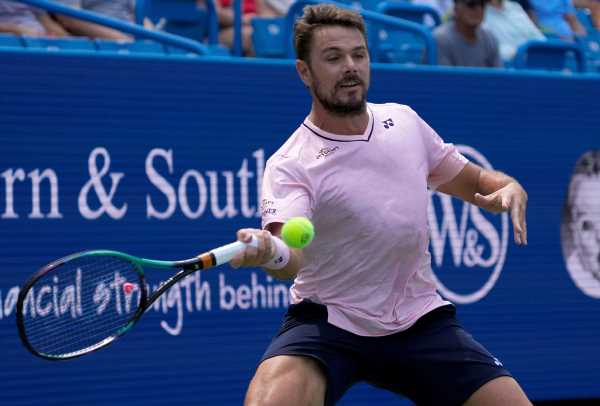 Stan Wawrinka pulled off a stunning upset on Thursday, beating top-seeded Daniil Medvedev 6-4, 6-7 (7), 6-3 to reach the quarter-finals of the Moselle Open in Metz, France.

The 37-year-old from Switzerland improved to 2-2 all-time against Medvedev, the former world No. 1 from Russia, who had nine aces but was hurt by 12 double faults. Wawrinka will next face Sweden’s Mikael Ymer, who was a 6-4, 6-3 winner over Gregoire Barrere of France.