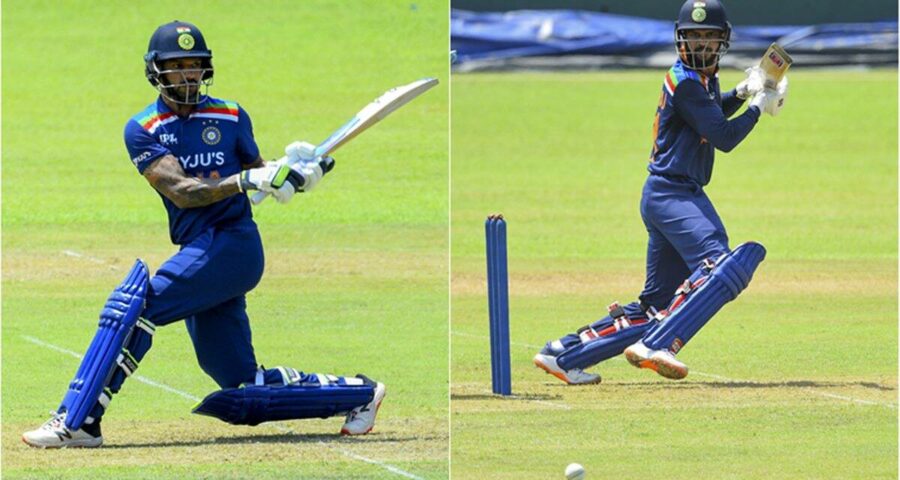 India will be playing three ODIs and three T20Is on the tour. This tour also marks a potential last chance for chinaman Kuldeep Yadav to perform on the international stage who has struggled of late. The Indian cricket team in Sri Lanka played a T20 intra-squad match at SSC grounds in Colombo. The limited-overs bilateral series will kick off on July 13 as Shikhar Dhawan-led India will go up against the hosts in the first ODI of the series. India have sent a second-string squad for the Sri Lanka tour as the Test side led by Virat Kohli is in England after the World Test Championship final.

In the video posted on Sri Lanka Cricket YouTube channel, Ruturaj Gaikwad, Nitish Rana, Manish Pandey and Hardik Pandya are the four batsmen that feature in the intra-squad game. Gaikwad can be seen playing the reverse sweep shot against left-arm spinner Krunal Pandya. Pandey seemed to be pacing his innings. Rana was trying to sweep the spinners whereas Hardik was at his usual self playing the big shots. In the photos posted on BCCI Twitter account, skipper Dhawan can be seen reverse-sweeping as well.

Pandey has not played an ODI match since India’s tour of New Zealand in 2020. Gaikwad got the international call-up after a good run in the suspended Indian Premier League (IPL) 2021 where he scored 196 runs in seven games for Chennai Super Kings (CSK) including two half-centuries.

Rana earned his debut call-up too on the tour. On the other hand, it will be interesting to see if Hardik bowls his full quota of overs against Sri Lanka, something he has not done since his return after recovering from back injury.

In the bowling department, Bhuvneshwar Kumar was seen swinging the ball. Apart from Krunal, leg-spinner Rahul Chahar, off-spinner Krishnappa Gowtham bowled too. Whereas Rahul was Mumbai Indians’ (MI) leading wicket-taker in IPL 2021, Gowtham did not get to play a single game for CSK. However, the bowling all-rounder played in Vijay Hazare Trophy and Syed Mushtaq Ali Trophy earlier this year.

India will be playing three ODIs and three T20Is on the tour. This tour also marks a potential last chance for chinaman Kuldeep Yadav to perform on the international stage who has struggled of late.