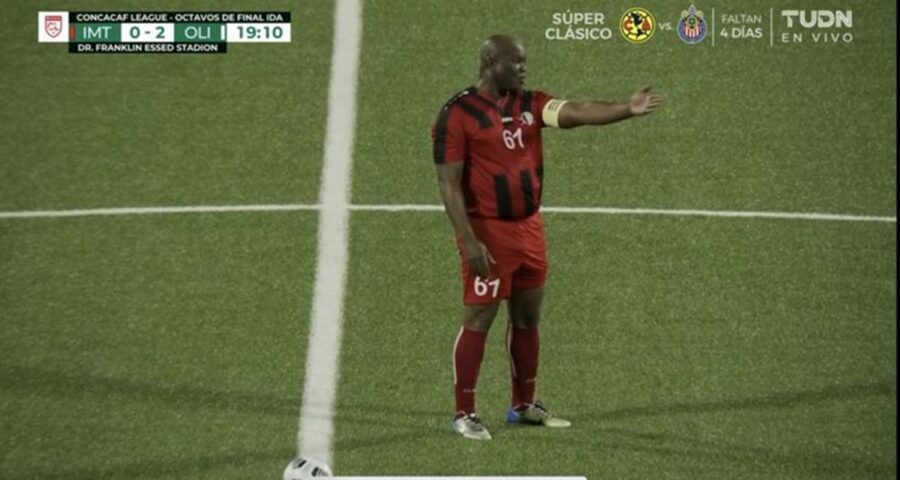 Brunswijk also named the home stadium after himself and was seen handing out $100 notes in the opposition dressing room after the match. Ronnie Brunswijk, the 60-year-old vice president of Suriname, started a football match and played almost an hour for Inter Moengotapoe in Tuesday’s CONCACAF League encounter against Olimpia from Honduras.

Bruswijk, who is wanted by Interpol for drug trafficking crimes, is the owner of the club. He appointed himself as the captain and played 54 minutes of the game before being substituted. Unfortunately for him, it was a match to forget as his team conceded six goals before losing the match.

Brunswijk assumed the role of Suriname’s vice president in July 2020 and has been a key figure in the country’s political sphere.

He was a rebel leader who formed the Surinamese Liberation Army, better known as the Jungle Commando, in 1985 as he fought for the rights of African descendants. He was part of a civil war that lasted from 1986 until a peace treaty was signed in 1992, with Brunswijk remaining active in politics in his homeland ever since.

In 2005, he was suspended for allegedly threatening a player with a gun during a match, with the suspension later dismissed due to a lack of evidence, before being suspended again in 2012 for verbally abusing a referee.

Brunswijk also named the home stadium after himself and was seen handing out $100 notes in the opposition dressing room after the match.

He will be unavailable for the second leg as he cannot leave Suriname, because as mentioned before, he is a wanted man by the Interpol.