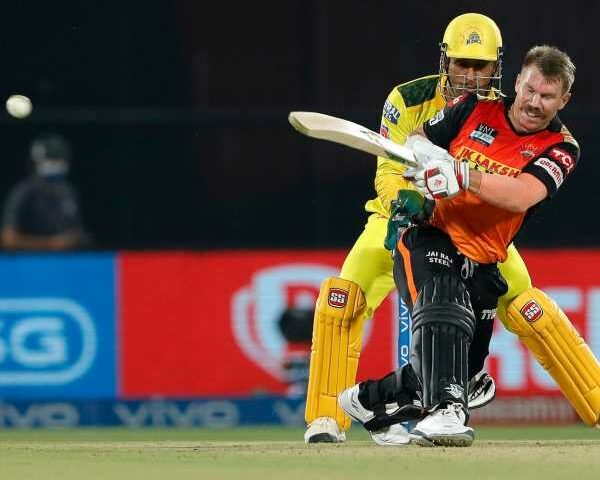 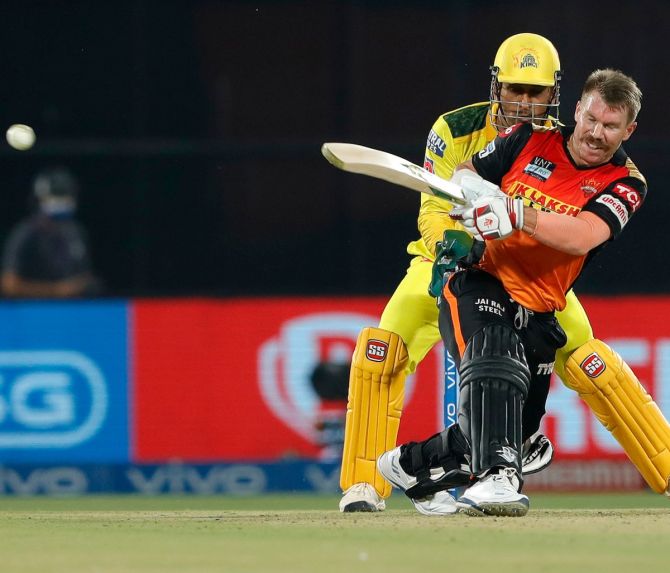 David Warner reached his 50th IPL fifty, on Thursday night, in Delhi but it was one that wasn’t even celebrated for the SunRisers Hyderabad skipper knew his innings wasn’t fluent.

Warner hit just three fours and two sixes and through the course of his innings, struggled for timing. It was one of Warner’s slowest IPL half-centuries, off 50 balls and although he and Manish Pandey added 106 runs for the second wicket, the pace at which Warner scored the runs left a lot to be desired.

A late onslaught from Kane Williamson (26 n.o.) and fifties from Manish Pandey (61) and Warner guided SRH to 171/3 in their allotted 20 overs. In reply, Ruturaj Gaikwad’s blistering 75-run knock and a half century from Faf du Plessis (56) helped CSK to chase the target with nine balls to spare.

Warner struggled during his innings but still managed to reach three impressive feats – reaching the 10000 run-mark across all T20 cricket, hitting 200 IPL sixes and registering his 50th half-century.

After the match, Warner took full responsibility of his innings, explaining the reason behind his frustration.

‘I probably hit 15 good shots to the fielders, I couldn’t do much about it. They are the ones that make or break your innings. It gets frustrating as a batsman when you find the fielders. We had 170 on the board but we couldn’t take Powerplay wickets and it’s always tough (to come back) on a good surface like this,’ Warner added.