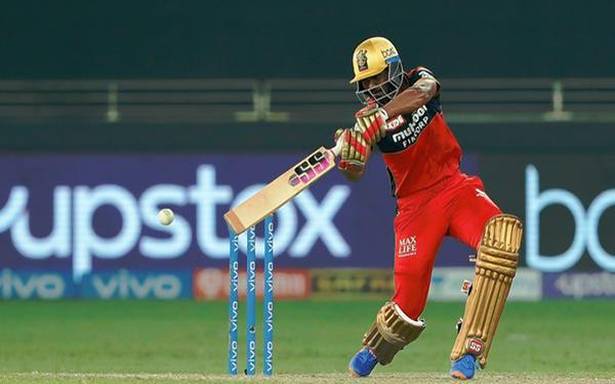 At RCB, there is no pressure to play second fiddle to the superstars during a match, Bharat said

After guiding Royal Challengers Bangalore to a thrilling last-ball victory over Delhi Capitals on Friday, K.S. Bharat said he and his teammates were highly motivated to win the trophy and ensure Virat Kohli ends his tenure as RCB skipper on a high.

“Definitely, winning the cup [will be great] and giving Virat bhai that title will be a cherry on the cake,” Bharat said on Saturday. “But just playing with him is a very big thing. He loves youngsters and rubbing shoulders with him teaches you a lot of discipline.

“He works like a machine in the gym, he’s a thorough professional. If he still does it after achieving so much, we are just walking in [to the team] and it’s great motivation.”

In a side that also has AB de Villiers and Glenn Maxwell, there are learning opportunities galore. “I am a keen observer of people who do good things and learn from them. So, I wouldn’t be going up to them and asking stuff. I have watched all their routines, their intent in doing things and learnt.”

At RCB, there is no pressure to play second fiddle to the superstars during a match, Bharat said. “There’s nothing like I have to create a platform for them. We, as a team, aim to get those mini partnerships going. It can be AB, or myself, or Virat bhai. We all are prepared to win the game [for our team] and we walk in with that purpose.”

Against DC, Bharat got his first half-century of the campaign, but the 28-year-old said he was not looking for personal glory. “These numbers don’t matter as long as you are doing well [for the team]. In fact, numbers can be limiting sometimes. I understood that over a period of time after playing a lot of domestic cricket. You have to be selfless to succeed at this level.”