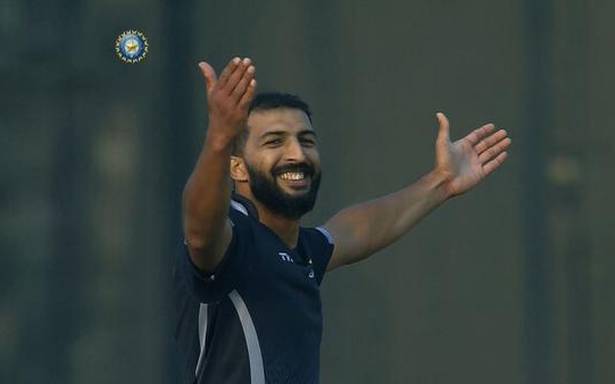 Rishi’s side has been in good form, but Vijay Shankar’s men will be a tough opponent

On Sunday, Tamil Nadu has a date with history as it goes for the domestic limited-overs double this season. It will be the firm favourite as it takes on Himachal in the final of the Vijay Hazare Trophy at the Sawai Mansingh Stadium.

The team’s batters are in good form and every player has chipped in with valuable performances. That left-arm spinner R. Sai Kishore walks in at No. 8 — he has shown that he can wield the willow with good effect — reflects the depth of the team.

The bowling is spin dominant, but Tamil Nadu will play in the main stadium, where the medium-pacers have made an impact, for the first time this season. The team could swap left-arm spinner M. Siddharth for a seam option.

Tamil Nadu, however, can ill-afford to take Himachal, figuring in its maiden final, lightly. The latter has played an aggressive brand of cricket while knocking out fancied opponents.

Skipper Rishi Dhawan has led from the front with both bat and ball during his campaign, scoring 416 runs and picking up 14 wickets. Opener Prashant Chopra leads his team’s batting charts with 435 runs while the Himachal medium-pacers have been skilful in exploiting the helpful conditions and have the ability to rattle any top-order.

Himachal also has the advantage of having played at the Sawai Mansingh stadium in the quarterfinal and semifinal.

Speaking about the final, Tamil Nadu skipper Vijay Shankar said, “we have done well to get here. One doesn’t get the chance to go for the double often, so we want to enjoy it. Chasing 311 to win the semifinal has given us the confidence that we can handle any situation.”