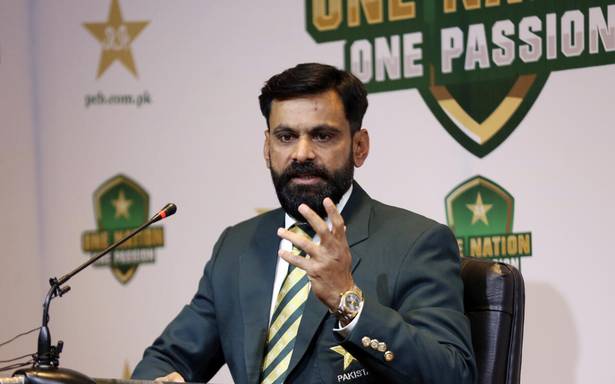 All-rounder Mohammad Hafeez has retired from international cricket after representing Pakistan in 392 matches over 18 years.

Hafeez, 41, quit Test cricket in 2018 and played his last ODI in the 2019 World Cup at Lord’s. He was recalled in 2020 for Twenty20 matches and finished the year as the world’s leading run-scorer in the calendar year in the shortest format.

“Today I say goodbye to international cricket with pride and satisfaction,” Hafeez said at a media conference in Lahore on Monday, wearing the Pakistan team’s green blazer and tie.

“In fact, I have earned and accomplished more than I had initially envisaged and for that, I am thankful to all my fellow cricketers, captains, support staff and the Pakistan Cricket Board who helped me out during my career.”

The right-handed batsman scored 12,780 runs in international matches that included 55 Test matches, 218 ODIs and 119 T20s. Hafeez, who was reported for his suspect bowling action several times, also took 253 wickets with his off-spin bowling in all the three formats.

Hafeez will be remembered more for his exploits in white-ball cricket, especially in T20s, where he was ranked he No. 1 all-rounder in the world in 2014.

Hafeez said he was satisfied with his career and was proud to don the national kit with the “Pakistan emblem for 18 years.”

“My country and my team have always been at my forefront and therefore, every time I stepped on to the field, I tried to raise their profile and image by playing hard and tough but within the rich traditions of spirit of cricket,” he said.

“His game evolved with time, adjusting to different formats quite intelligently,” Raja said in a statement. “Later in his career, he became a T20 specialist, where he was never out of touch with modern demands of this testing format. His batsmanship took a sprightly turn, nailing sixes almost at will."