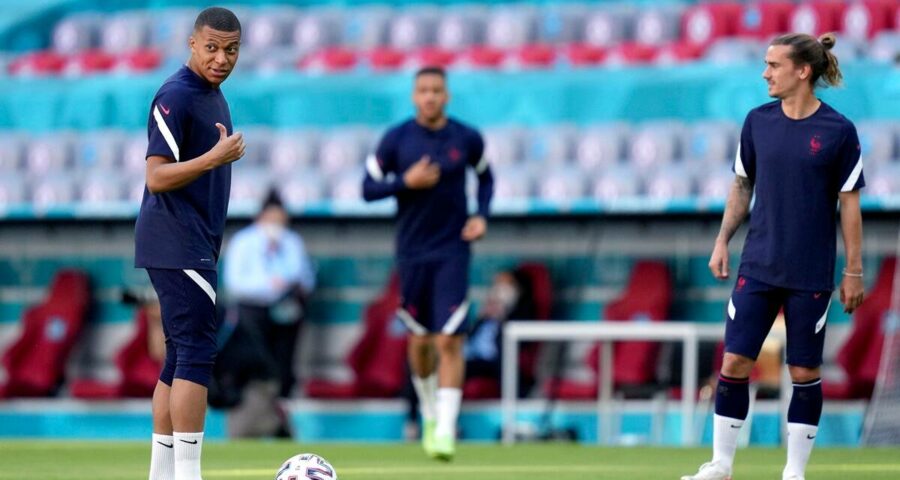 UEFA Euro 2020, France vs Germany Football Match Live Score: World champion France and fellow heavyweight Germany clash in the group stage of a major tournament for the first time as they open their Euro 2020 campaigns. Germany has never really recovered and though the French lost to Portugal in the final five years ago they went on to win the World Cup two years later.

France is bidding to become the first country to twice hold both the European and World Cup titles at the same time France coach Didier Deschamps won the 1998 World Cup and Euro 2000 as a player and could repeat the feat as coach.

Germany almost equalise immediately after Hummels’ own goal. Mueller nods wide from Gosens’ high cross into the box but the danger is averted for France for now.

Hernandez crosses and Mats Hummels puts the ball into his own net to give France lead in first half. Pogba picks out Hernandez in space down the left and the left-back crosses in from the byline. Hummels’ defensive positioning gives away the goal to France.

After Pogba mistimes his header from Griezmann’s corner, Mbappe cuts into the box from the left and takes aim for the bottom right corner with his right foot. Neuer makes a routine save to tip it out for a corner which is cleared by Germany

France move forward but Greizmann’s loose touch ends the attack. The two teams are still easing into the game at this stage. France’s formation is slightly different to the one we excepted. It’s a fluid 4-3-3, with Griezmann to the right and Mbappe to the left of Benzema.

Kimmich is booked for a late tackle on his clubmate Lucas Hernandez. Kimmich, playing slightly out of position at right-wing-back, picks up the booking for tripping Hernandez soon after a quick throw finds Havertz on the move in the area, but the ball bounces up awkwardly and he can’t control it on the chest.

Germany kick off from right to left. Both teams are in their home strips – Germany in white, France in blue. We’re underway in Munich.

Here come the players. National anthems taking place. Match about to kickstart. First game for both the heavyweights. Stay  tuned.

Hello and welcome to our live coverage of the Euro 2020 match between France and Germany as the two heavyweights face each other in their tournament opener in some time. Follow live score, updates of the match here.