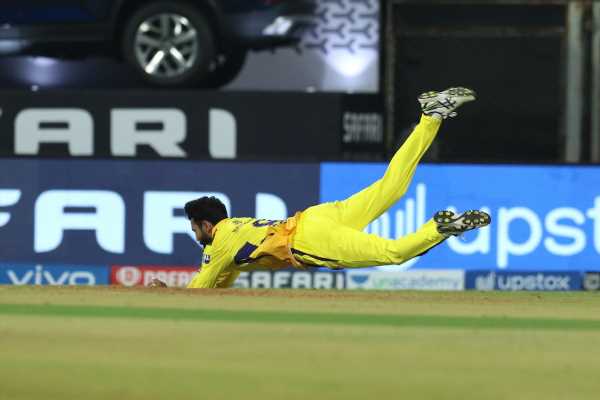 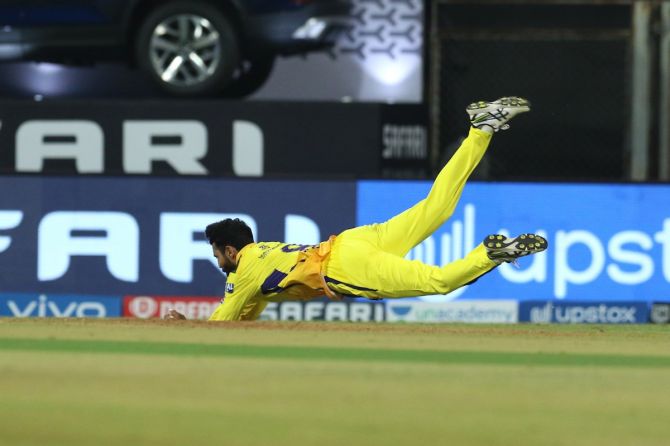 Ravindra Jadeja is always a livewire on the field, whether for Team India or Chennai Super Kings.

On Friday night, he produced two magical moments to get rid of the dangerous K L Rahul and Chris Gayle to play a leading hand as Punjab Kings were restricted to a below par 106 for 6.

Jadeja’s first moment of brilliance came off the penultimate delivery of the third over when Gayle was hit on the pad by a Deepak Chahar delivery.

Just when his team-mates were appealing for an lbw, Jadeja’s brilliance from short cover earned CSK a wicket.

With Rahul insisting on sneaking a single, after a moment of hesitation, the pair decided to go for a run. Rahul was found wanting against Jadeja’s bullet throw and run out for 5.

Jadeja was not done, yet. In the fifth over, Chahar sent down a knuckle ball to Gayle, who sliced it towards the right of backward point. The 32 year old flung himself to his right to take an awesome diving catch.

Jadeja then bowled a tidy spell, conceding just 19 runs in his four overs. Later, he took a good catch in the deep to dismiss Punjab Kings top-scorer Shahrukh Khan, who fought a lone battle and scored 47 off 36 balls, helping his side cross the three-figure mark.