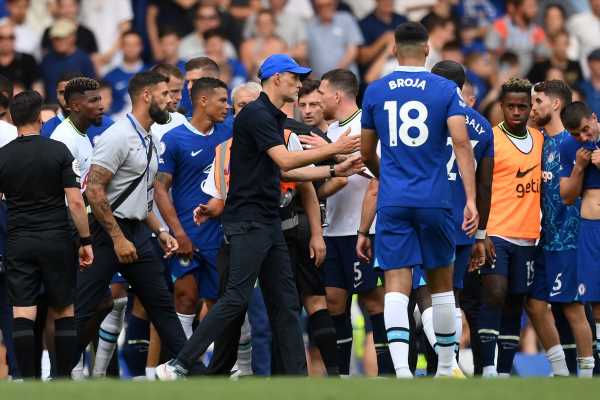 Chelsea manager Thomas Tuchel has been banned from the touchline for one-game by the Football Association (FA) following the confrontation with Tottenham Hotspur boss Antonio Conte at the end of Sunday’s heated Premier League draw at Stamford Bridge.

The managers briefly shook hands after the 2-2 draw but tempers flared as they did so and the two had to be separated by players and staff from both teams.

Both managers were also shown red cards by referee Anthony Taylor as a result of the fracas.

The FA said Tuchel’s ban was suspended temporarily pending the independent Regulatory Commission’s written reasons for its decisions, which will be made available later.