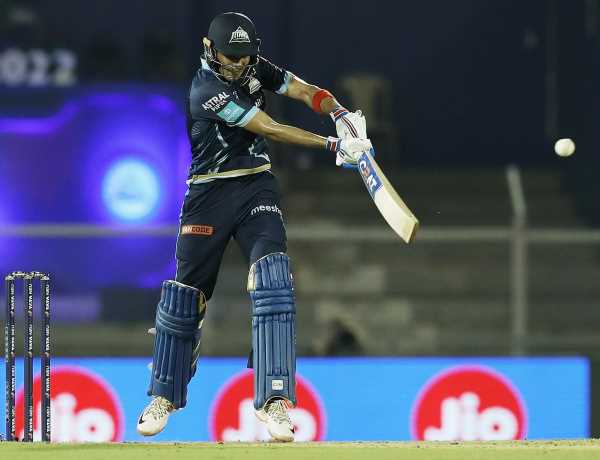 While Rahul Tewatia stole the limelight with his sixes that gave Gujarat Titans their third win on the trot, much of the foundation was laid by Shubman Gill’s 96 off 59 balls.

Gill, who had hit 84 in the previous game against Delhi Capitals, was in imperious form as he cut, drove and smacked the Punjab Kings bowlers to hold one end together. He shared 101 runs in 11.2 overs with debutant Sai Sudharshan (35 off 30 balls) to keep the Titans on course in the run chase. His fifty came off a mere 29 balls and he always had a good pulse on the required rate, taking Gujarat to 94-1 at the halfway point of their innings.

In the end, with a century in sight, he was dismissed in the 19th over after hitting 11 fours and a six, followed by his captain Hardik Pandya (27) run out in the final over as the Titans needed 12 runs from the last two balls.

Former India coach Ravi Shastri had heaped a lot of praise on Gill in the run-up to the match, calling him ‘one of the finest talents in the country and in world cricket’, and the youngster — who also took two well judged catches in the deep off Rashid Khan’s bowling — reciprocated with yet another fine innings which showed exactly why he is so highly rated at the moment.