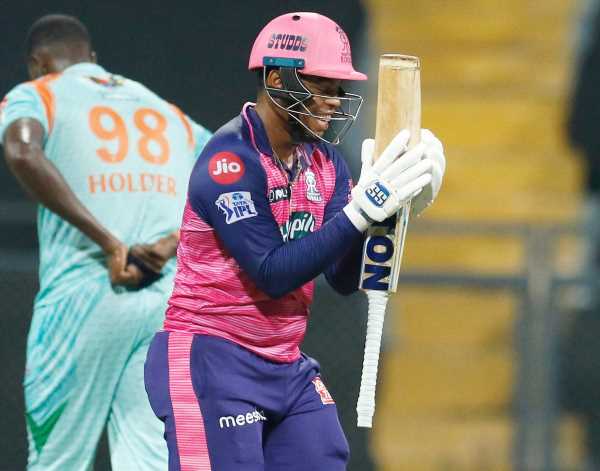 In the end, three runs separated the Rajasthan Royals from the Lucknow Super Giants in a tight encounter at the Wankhede stadium on Sunday.

Both teams’s batting performance followed a similar trajectory — slow start, middle order slump with wickets falling in quick succession and a grand finish featuring some of the hardest hitting lashed out in the death overs this season.

For the Royals, it was Shimron Hetmyer who picked up the pieces when the chips were down and for Lucknow it was the heroics of one Marcus Stoinis who, despite wickets falling on either side of him at regular intervals, went on an incredible one-man crusade and came within a whisker of winning the tie for his team.

In retrospect, it is safe to conclude that it was Hetmyer’s innings that handed the Royals the win — their third on the trot and one that propels them to the top of the IPL 2022 league standings after four games.

Having arrived at the crease with the Royals stuttering along at 67 for four at the end of the 10th over, Hetmyer batted through the remaining ten and helped put up a respectable total of 165 for the fall of six wickets by the end of the RR innings. Along the way, he got lucky when he was dropped by Krunal Panyda on 14 while trying to clear the ropes off Krishnappa Gowtham’s bowling in the 13th over.

The miss gave the West Indian a new lease of life and he took the opportunity to join hands with Ravichandran Ashwin to rebuild the innings with a 68-run stand before the latter was strategically retired out by the RR camp in the slog overs.

Hetmyer paced his innings well before going for the shots at the back end as RR amassed 50 runs in the last three overs.

In particular, he launched into compatriot Jason Holder in the 18th over which included two sixes and a four and yielded 18 runs. Avesh Khan was subject to similar punishment in the next over as he was hit for two sixes in a rather expensive 16 run over.

The rout was capped off by yet another 16 run over off Holder which included two more sixes. 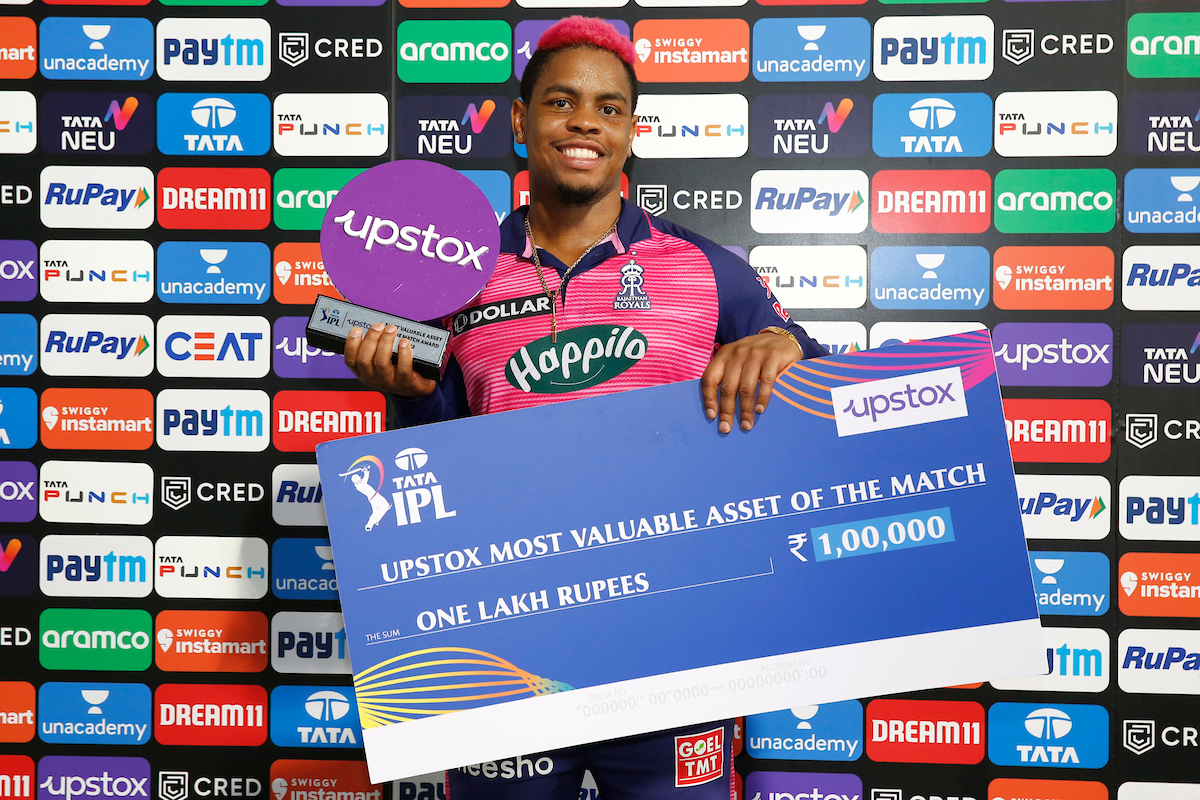 At the close of play, Hetmyer explained exactly what was going through his mind as he looked to rebuild the Royals innings

“It was a bit difficult to start the innings as their spinners bowled in good areas. The pitch was on the slower side, so I tried to stay there till then end when the pacers would come back on. It spun and bounced a bit, but in the end it was lovely,” he said, adding, “I love playing against Holder, I know what he does, and he knows what I do.”