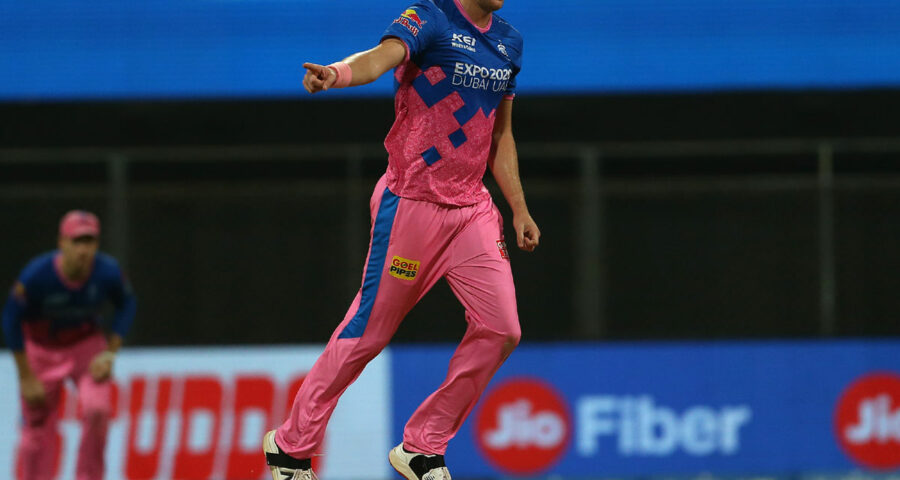 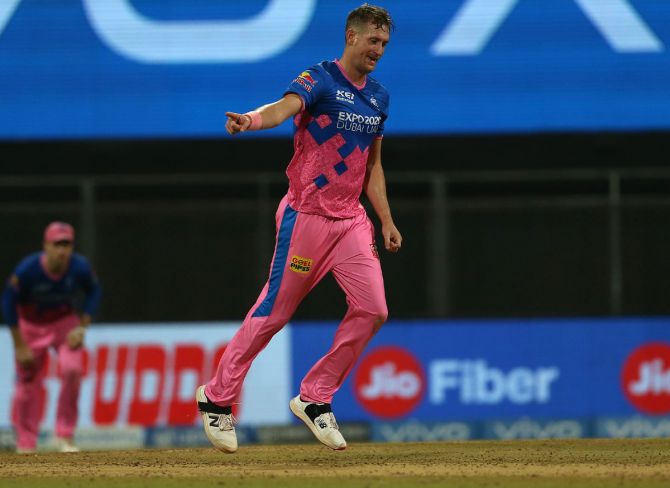 Chris Morris took four wickets to power Rajasthan Royals to an easy six-wicket victory against the Kolkata Knight Riders in the IPL match in Mumbai on Saturday, April 24, 2021.

Morris, the costliest player in IPL history, is slowly getting into the groove of things and putting in performances that show why Royals were so desperate to bag his services.

With Royals hamstrung by the loss of Jofra Archer and Ben Stokes to injury, the pressure is on the South African to make his presence felt, and he is certainly making it count with some match-winning performances.

Against KKR, Morris kept chipping away at the wickets.

Introduced into the attack in the Powerplay, the experienced pacer ramped up the pressure on the struggling KKR openers Nitish Rana and Shubman Gill, conceding two runs in the fifth over.

He dealt KKR a big blow in his next over when he ran out their captain Eoin Morgan for a duck. Morris reacted quickly on his follow through to break the stumps at the non-striker’s end.

Morris ended KKR’s hopes of a late recovery when he dismissed Andre Russell cheaply, caught at long-on for 9.

In the same over, he bagged the key wicket of the well-set Dinesh Karthik, brilliantly caught in the covers by Chetan Sakariya for 25.

He continued his wicket ways in the final over. This time he got the in-form Pat Cummins who pulled it straight to Riyan Parag at deep midwicket, the fielder holding his balance well to take a well-judged catch on the edge of the boundary.

Morris ended the innings in style with Shivam Mavi’s wicket, bowled for five.

The pace bowler conceded just six runs in the 20th over to finish with his joint career-best figures of 4 for 3 as KKR finished with a lowly 133 for 9 in their 20 overs on a good batting wicket.

The Royals cruised to an emphatic victory with some sensible batting from their captain Sanju Samson who steered his team home with 42 not out from 41 balls.