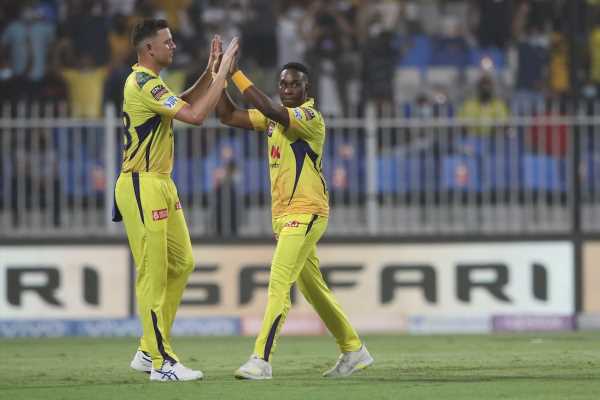 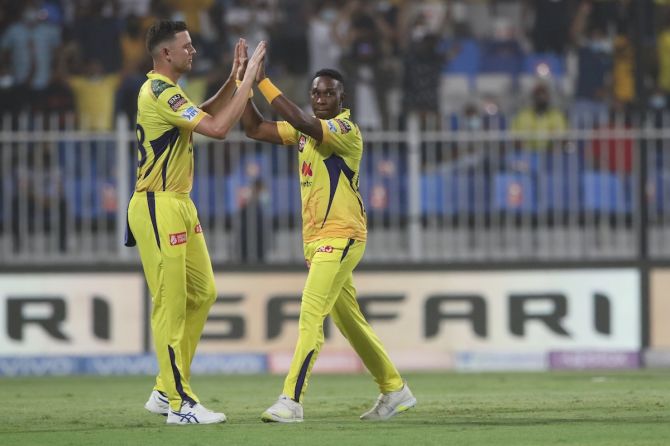 After CSK won the toss and put RCB in, both Kohli and Padikkal hit the CSK bowlers to all corners of the park and looked dangerous at 111-0 in just the 14th over.

With A B de Villiers and Glen Maxwell in the hut waiting to have a crack at the ball, RCB looked all set for a huge total in Sharjah.

Earlier, Kohli, opening the batting, made his intentions clear in the first two balls of the game when he smashed Deepak Chahar for back-to-back boundaries. Padikkal joined the party in the next over when he took on Josh Hazlewood smashing him for a huge six.

Kohli and Padikkal brought their half-century stand in the sixth over with the fast bowlers taking a pasting.

Spinner Ravindra Jadeja wasn’t spared as he was smashed all around the park. Padikkal brought his half-century with a boundary off Chahar in the 12th over, which coincided with RCB openers putting on a century stand.

Kohli in the next over brought up his half-century with a boundary off Jadeja as RCB looked set for a huge total.

With the wicket slowing down, CSK Skipper M S Dhoni brought in Dwayne Bravo into the attack.

After conceding 8 runs from his opening over, Bravo gave CSK the breakthrough removing Kohli for 53.

This resulted in RCB losing momentum. Padikkal and de Villiers perished in quick succession. Bravo returned to bowl the death overs, ensured Maxwell was dismissed for 11.

Maxwell, who was looking to hit a six virtually every ball, was foxed by a slower one from Bravo and was pouched by Jadeja at cow corner.

Bravo removed Harshal Patel off the last ball of the innings to finish with 3-24 from his four overs.