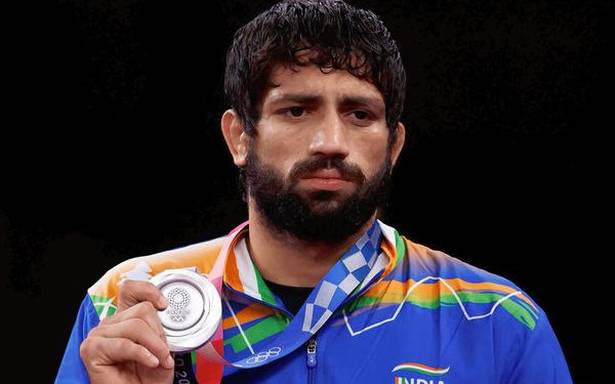 Coaches Ramphal and Virender laud their ward for his dedication

For his life dedicated to wrestling, Ravi Kumar Dahiya has been rewarded well by destiny, feel two coaches who have contributed in shaping the career of the Olympic silver medallist during his formative years at the Chhatrasal Stadium in Delhi.

Ramphal Mann and Virender Kumar, who have seen the gradual progress of Dahiya from being a wiry kid to a champion wrestler, were effusive in their praise of Ravi for adding another glorious chapter to the history of Indian wrestling.

“Ravi came to the Chhatrasal Stadium in 2004-05 and till the time I retired in 2016, I hade always found him to be a talented and hardworking guy. He was an obedient student, who followed instructions and implemented them well. A no-nonsense person who was only worried about his wrestling and nothing else in life,” Mann said.

“Today God has rewarded him for his dedication. He is a simple guy and must have acquired the best wishes of so many people to succeed in life.”

Ravi, who comes from a humble background with his father doing farming on a rented field in Nahri village in Sonepat district of Haryana, impressed the coaches from his early days.

“He was very determined to do something noteworthy. If someone is determined, no one can stop him. I always had the belief that he would do something special and today he showed it,” said Virender, who runs an academy in Delhi.

“Ravi is not the one who backs out from any kind of bout. No matter how strong the opponent is, he gets ready to fight with him. He can fight the whole day. In case his opponent gathers a lot of points, he does not get hopeless.

“He knows how to cover up the deficit. His determination to win is different from that of others.”

Virender said Ravi was a keen learner. “If something is told to him, then he practises until he masters it. I am very happy for his success,” said Virender.