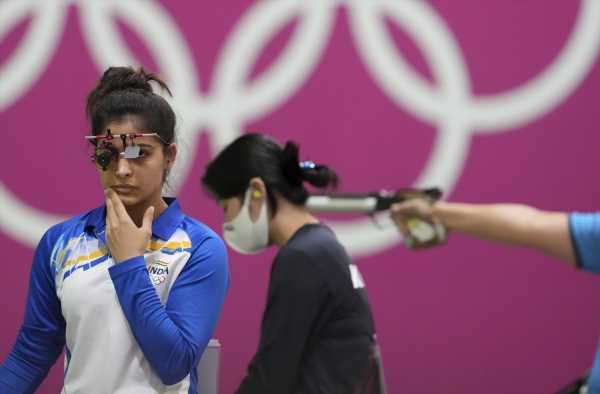 The Indian shooters are keeping their fingers crossed for the squad’s young guns who will try to end the medal drought in the Tokyo Olympics in the 10m air pistol and air rifle mixed team events on Tuesday.

In the 10m air pistol mixed team event, the formidable pair of Saurabh Chaudhary and Manu Bhaker will fancy their chances after a terrific run in recent years, during which they dominated almost all major competitions.

Abhishek Verma and Yashaswini Singh Deswal will be the other Indian team participating in the event.

Divyansh Singh Panwar and Elavenil Valarivan will represent India in the 10m mixed rifle team event with Deepak Kumar and Anjum Moudgil being the other team.

The Indian men’s hockey team would be desperate to rebuild a shattered morale when it takes on a lower-ranked Spain in its third Pool A match of the Olympics.

The only Indian left in the fray in table tennis, Sharath Kamal, faces reigning Olympic champion Ma Long of China in the third round on Tuesday.

Check out the Indian athletes’ schedule at the Games on Tuesday, July 27. 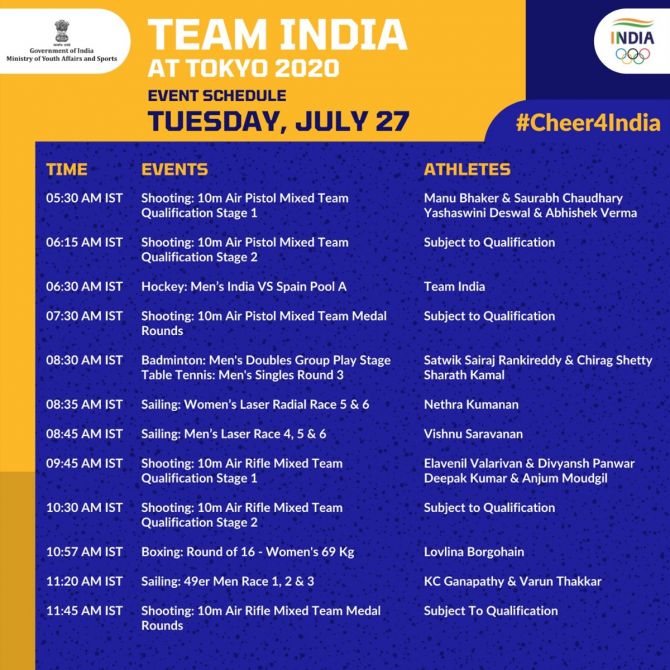