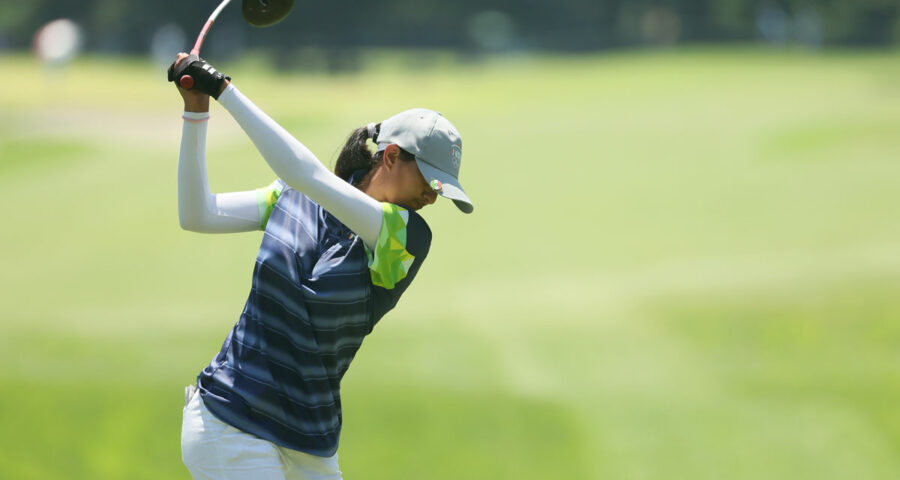 Golfer Aditi Ashok and javelin thrower Neeraj Chopra will be aiming to script history when they vie for medals at the Tokyo Olympics, on Saturday.

Aditi remains in contention for India’s maiden Olympic medal in the sport after finishing second with a three-under 67 in the third round on Friday.

Neeraj will be looking to deliver India’s elusive Olympic medal in athletics and end a wait of 100 years when he competes in the men’s javelin throw final at 4.30pm IST.

Bajrang Punia has a chance to finish with a medal when he competes in the wrestling men’s 65kg freestyle bronze medal bout at 3.55pm IST in the final day of action for the Indian athletes at the Tokyo Games.

A look at India’s schedule at the Tokyo Olympics on August 7, 2021: 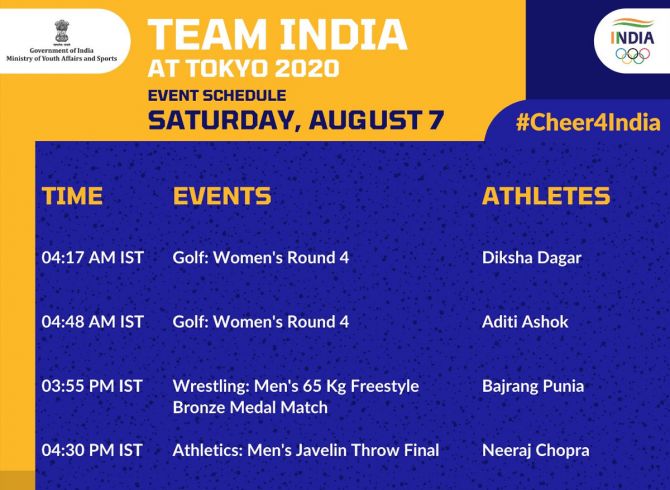