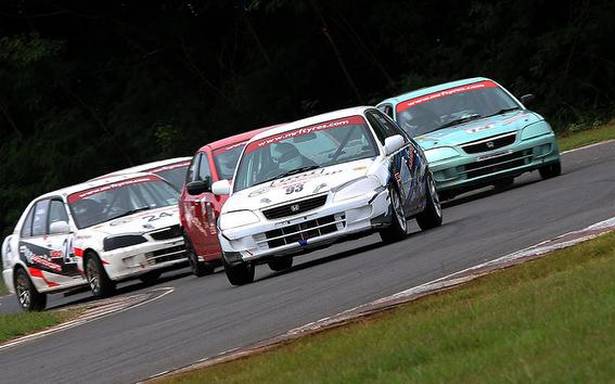 Only in Super Stock category, Deepak has sealed the crown

Four-wheeler competitors will be gunning for glory with titles in almost all categories up for grabs in the MRF MMSC FMSCI National Car Racing Championship, the fourth and final round of which will be on from Friday.

The only category where the title is sealed is the Super Stock as Deepak Ravikumar (Performance Racing) from Chennai enjoys an insurmountable lead after five wins from six starts.

As for youngsters, several of them have already made a mark in the premier MRF Formula 1600. Two teenagers, Bengaluru’s Chirag Ghorpade (153 points, 2 wins) and Shahan Ali Mohsin from Agra (140, 4 wins) are best-placed to win the championship.

In the Formula LGB 1300 category, the race for the title is poised on a knife-edge.

Two Momentum Motorsport team-mates, Tijil Rao (85) from Bengaluru, Deepak Ravikumar (72), head the table, ahead of Nellore’s Viswas Vijayaraj (DTS Racing, 64), Ruhaan Alva (MSport, 59) from Bengaluru, and Kolkata racer Arya Singh (DTS Racing, 58), all having a realistic shot at the title with a maximum of 50 points to be won.