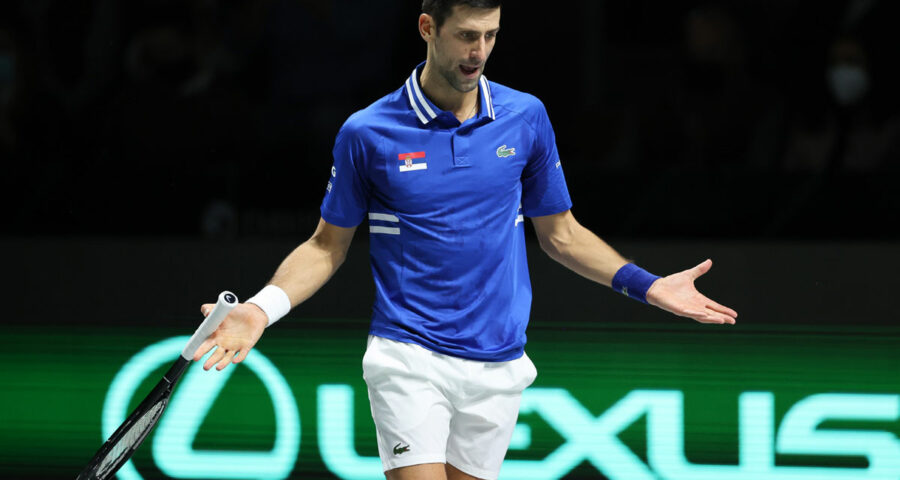 Novak Djokovic was confused about who had issued him with a medical exemption to enter Australia when interviewed by the Australian Border Force last week, according to transcripts of the interview.

Djokovic landed in Melbourne last week hoping to play in the Australian Open. He was detained at an immigration facility after his visa was cancelled because of problems with the medical exemption from Australia’s immigration requirement for coronavirus vaccination that he presented.

He was released on Monday, after a court quashed the cancellation of his visa on the grounds that the interview procedure was “unreasonable”.

Judge Anthony Kelly said the process was unfair on the grounds that an Australian Border Force interviewer promised to allow Djokovic to call tennis officials at 8 a.m. to corroborate that he had an exemption to enter Australia without being double vaccinated against COVID-19, but at 7:42 a.m., he was told his visa was being cancelled.

Transcripts of the interview released on Monday indicated Djokovic and the immigration officer were confused about who had issued his medical exemption and on what basis. Djokovic initially said it was Australia’s federal government, but then corrected himself.

After checking with his agent, he produced a certificate which showed the exemption came from Tennis Australia’s independent expert medical review panel, which was endorsed by an independent Victorian state government panel.

“Yes, I, I, well I probably made a mistake, it was not the Federal Government,” Djokovic told the interviewer, later adding that his agent’s communication had been entirely with Tennis Australia.

“I mean, I am really failing to understand what else do you want me to provide to you,” Djokovic told the interviewer at 4 a.m., when he was given 20 minutes to provide additional information.

A different officer eventually arrived, saying: “It has come to my attention that you are an unlawful non-citizen in Australia. Therefore, I am detaining you.”

After Judge Kelly’s ruling, lawyers for the federal government indicated the legal battle fight may not be over. They told the court that Immigration Minister Alex Hawke was reserving the right to exercise his personal power to again revoke Djokovic’s visa.