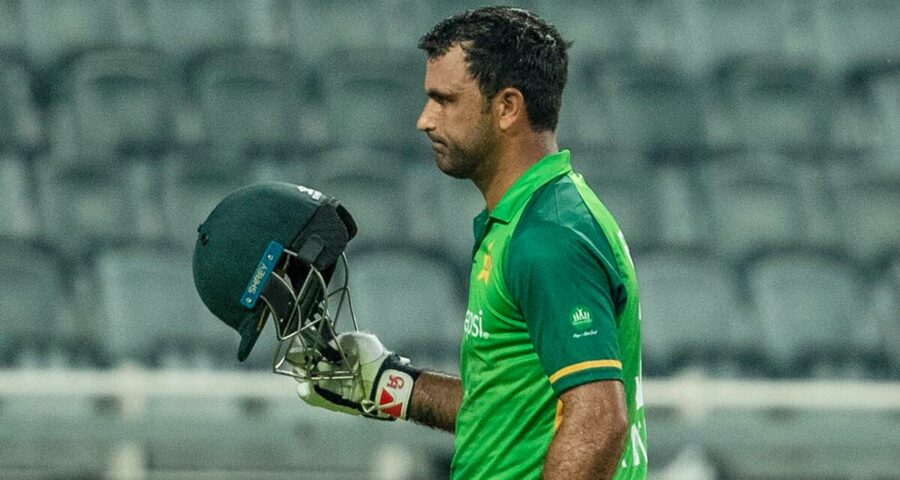 Pakistan opener Fakhar Zaman’s run out against South Africa in the second ODI at the Wanderers sparked controversy with several former cricketers blaming wicketkeeper Quinton de Kock for violating the ‘Fake Fielding’ law. However, a day later the Pakistani opener tried to douse the flames saying that the dismissal was his fault.

“The fault was mine as I was too busy looking out for Haris Rauf at the other end as I felt he’d started off a little late from his crease, so I thought he was in trouble. The rest is up to the match referee, but I don’t think it’s Quinton’s fault,” the 30-year-old told ESPNCricinfo in the post-match press conference.

According to Law 41.5.1, “it is unfair for any fielder wilfully to attempt, by word or action, to distract, deceive or obstruct either batsman after the striker has received the ball.”

Match referee, Andy Pycroft will take a final call on the incident. Ideally, if the player commits ‘fake fielding’ foul, his team will get a penalty of five runs and the ball will be re-bowled. Given the circumstances of the nail-biter of a game on Sunday at The Wanderers Stadium, Johannesburg, if De Kock was fouled, the five extra runs would have brought down the runs needed in the final over for Pakistan.

With Zaman still at the crease, Pakistan would have had the chance to come closer to the target or win the game altogether. Also, Zaman was just seven runs away from reaching his second ODI double century. He would have become the second batsman in the format to score two or more double centuries after Indian opener Rohit Sharma.

Zaman took 155 deliveries to get to 193. His inning was studded with 18 fours and 10 sixes. The rest of the Pakistan batsmen struggled to stick with Zaman in the big run chase as they could score 324 for the loss of nine wickets, falling short of the target by 17 runs.