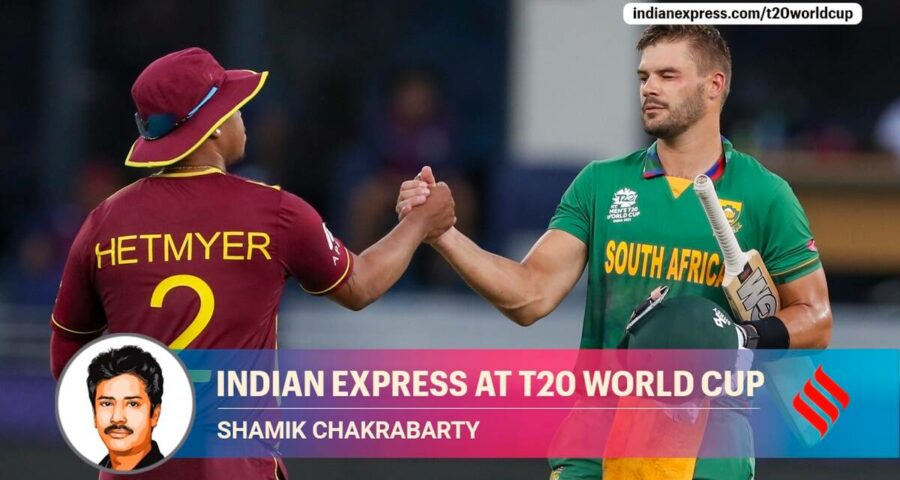 South Africa first restricted West Indies to 143/8 and then rode on solid batting displays from Aiden Markram and Rassie van der Dussen to comfortably chase down the target with 10 balls to spare. 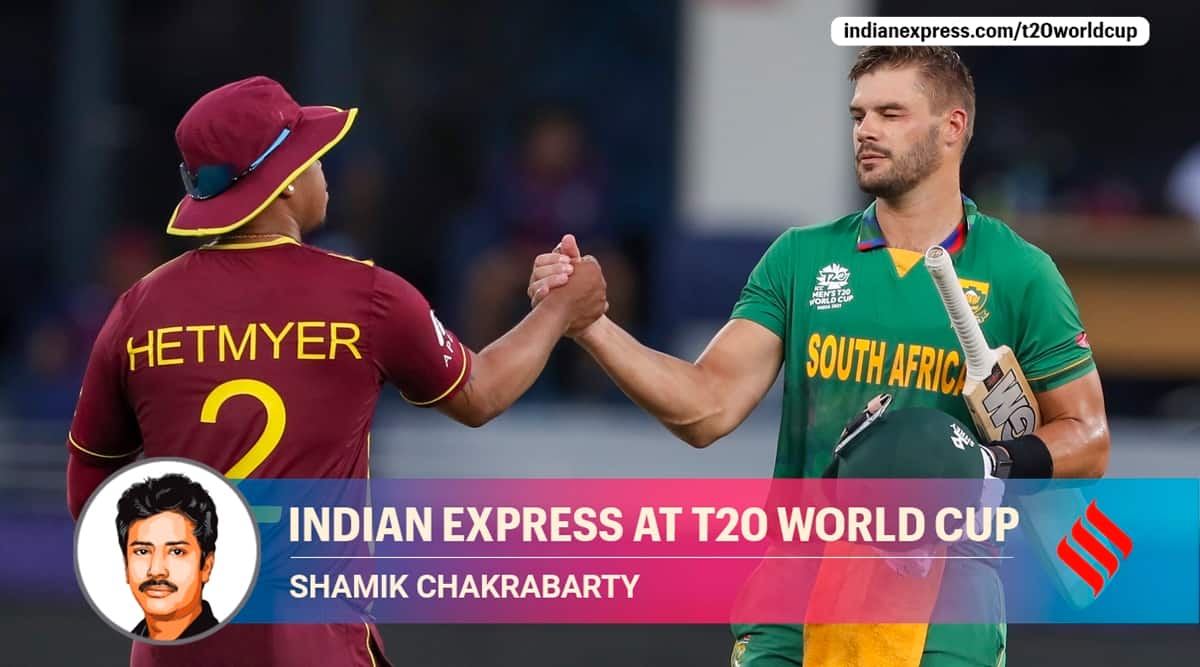 At one corner of the Dubai International Stadium, a South African flag was held aloft by some fans for the entire duration of the Proteas’ chase. West Indies fans were conspicuous by their absence. And save an electric half-century from Evin Lewis, their team barely turned up.

They imploded for 55 all out in their opening game against England at the T20 World Cup. Against South Africa on Tuesday, their batting improved to take the total to 143/8. It was never going to be enough on a tired pitch that demanded partnership batting to post a challenging score.

South Africa chased down the target in 18.2 overs, losing just two wickets, to send West Indies closer to the exit door. After back-to-back losses, the Caribbeans are at the foot of Group 2, yet to open their account and reeling under a net run-rate of -3.97.

Time will tell if the Proteas can overcome a ‘Quinton void’ and win the World Cup, but today at least, Aiden Markram galloped to 51 not out off 26 balls.

Quinton de Kock opted out of this game, citing personal reasons, after Cricket South Africa made it mandatory for the squad members to take the knee before all the remaining matches in this tournament. Reeza Hendricks came in as his replacement and his 30-ball 39 at the top allowed South Africa to build after losing Temba Bavuma early.

But when Hendricks got out to a sensational catch from Shimron Hetmyer at deep square in the 10th over, South Africa were still going at less than seven runs per over. Markram provided the charge, starting with a six off Hayden Walsh followed by another one against Kieron Pollard and a third against Ravi Rampaul. His dismantling of Andre Russell was glorious, an inside-out cover drive being the best of the lot.

Markram was the enforcer, while Rassie van der Dussen was the anchor in an unbroken 83-run third wicket partnership. Before that, van der Dussen had added 57 runs with Hendricks for the second wicket.

Through their partnership batting, South Africa showed that in day games, when dew isn’t going to be a factor, the ODI-type of batting – keeping wickets in hand before going for a charge – would serve the teams well.

All the pitches in UAE have taken a pounding over the last one month, thanks to the IPL.

Contrary to their opponents, West Indies’ batting was individualistic rather than collective. Lewis exploded with a four and a six off Kagiso Rabada, but his partner Lendl Simmons laboured to a 35-ball 16, a dropped catch notwithstanding. Lewis’ 35-ball 56 was the only highlight in an otherwise subdued West Indies innings.

Inexplicably, Chris Gayle was sent at No. 4 after Nicholas Pooran. The big man warmed up with a couple of sixes off Tabraiz Shamsi, but a Dwaine Pretorius slower delivery foxed him. And typical of West Indies, when wickets rained, it poured. Anrich Nortje made matters worse for them by dismissing Russell with a yorker and two balls later, Hetmyer was run-out. They mainly suffered from a lack of batting discipline, never looking to have a Plan B other than going for big shots when under pressure. Pretorius returned with three wickets.