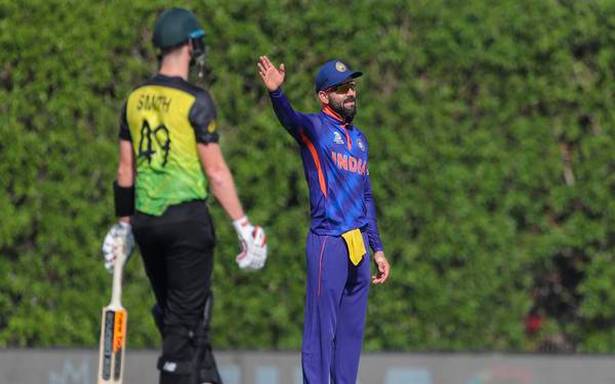 As if Ravi Shastri and two of his trusted lieutenants in the coaching staff bidding farewell at the end of the T20 World Cup wasn’t a big enough deal, Virat Kohli announced his decision to step down as the T20I captain after the tournament.

Add to that Mahendra Singh Dhoni being roped in as mentor and it means that Indian fans will be expecting no less than a repeat of India’s glory in the tournament’s inaugural edition in 2007.

For Kohli’s cavaliers to repeat the feat of Dhoni’s daredevils would be a challenge as tough as running a marathon on the shifting sand dunes of the Empty Quarter at mid-day.

Host, but not at home

Despite being the host — the BCCI was forced to conduct the tournament in the UAE due to the pandemic — India will have to deal with the challenges of playing in neutral territory.

It didn’t come as a surprise to see India opting for an optional practice session two days ahead of its opener at the ICC Academy on Friday afternoon.

With all of India’s squad members having featured in the Indian Premier League’s second stage in similar conditions, adapting to slower surfaces and searing heat won’t be too much of a problem.

It will, however, be a huge ask for India to get the ideal combination on the park for its tournament-opener versus Pakistan on Sunday.

With Hardik Pandya unlikely to bowl during the tournament, it will be interesting to see how India ensures a sixth bowling option.

Shardul Thakur’s late inclusion hints at him being considered a handy option as a pacer with a golden arm and with the willow lower down the order. But it would make Bhuvneshwar Kumar’s place in the team far from certain.

Even in the batting department, striking the right balance of right-left combinations and ensuring India doesn’t waste the middle overs will be a difficult task.

Rohit Sharma, K.L. Rahul, Virat Kohli and Suryakumar Yadav making up the top-four and Ravindra Jadeja as the primary all-rounder at No. 7, India will have to pick two out of Rishabh Pant, Ishan Kishan and Hardik in the middle-order.

If India can solve the combination conundrum come Sunday, it can hope for an encore of 2007. And with the complexities involved, the likes of Shastri and Dhoni will be stretched for ideas over the next three weeks.