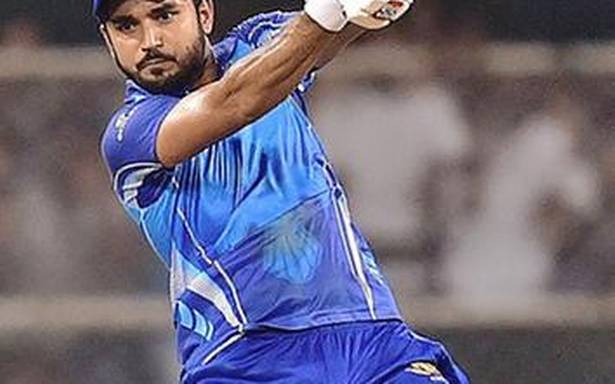 The former holds an edge in terms of all-round consistency

Almost two years ago, Karnataka handed Tamil Nadu its most agonising white-ball defeat — by one run — to win its second Syed Mushtaq Ali Trophy at Surat.

On Monday, when the teams face off for the same title at the Ferozeshah Kotla ground, TN will look to erase memories of that lingering pain.

Though TN went on to win the title last year, Karnataka is only too aware that its rival will hold back nothing. This ‘Southern Derby’ involves teams that have fought some intense battles. No wonder, the result carries more emotions than any other.

Unlike in Surat where the teams were almost at full strength, their upcoming clash is without most stars. But the intensity is going to be no less.

For the record, the bragging rights are firmly with Karnataka after having beaten TN four times, including thrice in succession, in the last five encounters.

However, this season, TN appears a more complete unit as compared to Karnataka. What gives TN a clear edge is its spin resources. With the pitch showing signs of assisting the slower bowlers, Karnataka batters can expect to face up to 12 overs of spin.

The 12 noon start almost takes the toss out of the equation. TN has consistently won by chasing targets while Karnataka has proved it is just as good in defending.

With such a background, it will be interesting to see if Karnataka wins the toss and forces TN out of its comfort zone of batting second.

Karnataka has faced some testing times on its way to the final. This, in a way, has prepared the team well for Monday’s clash.

Karnataka has always found the trick to wriggle out of crunch situations — debutant Abhinav Manohar’s counter-punches stunning Saurashtra or Vidyadhar Patil’s final over against Vidarbha.

However, Karnataka’s bowling in the PowerPlay has been far from impressive in recent times. If the opening over against Bengal went for 20 and the PowerPlay score was 52 for three, Vidarbha began with a 16-run over and reached 56 for one after six overs.

TN has no such worries. In its last two victories, the batters and bowlers did their job, by turns. TN looks ready for Karnataka.