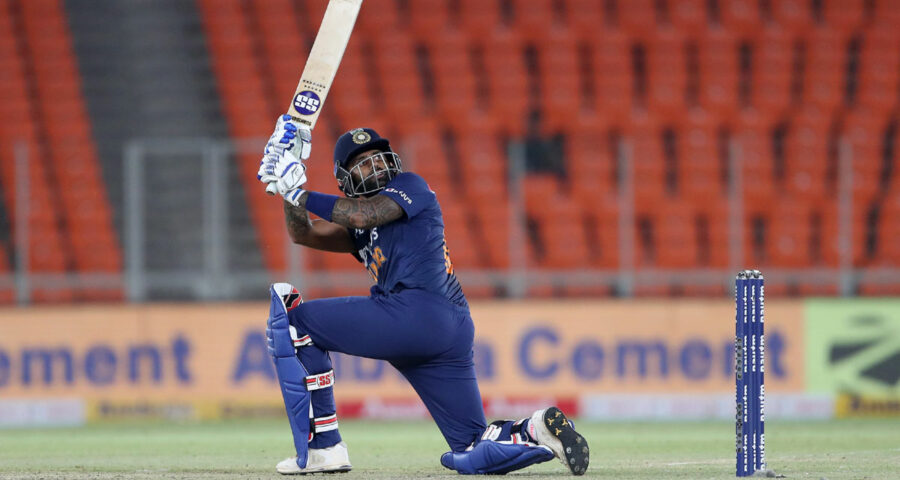 India’s Suryakumar Yadav is not ready to trade his natural aggression for consistency even though a Twenty20 World Cup spot is at stake, the 30-year-old said on Tuesday.

The free-scoring batsman was a key cog in the Mumbai Indians team who won back-to-back Indian Premier League (IPL) titles in the last two editions of the Twenty20 tournament.

Yadav also impressed on his India debut in March, scoring 57 and 32 in two Twenty20 games against England, and boasts a 185-plus strike rate in that format.

The right-hander, whose fearless batting has impressed India great Sachin Tendulkar, said he merely continued playing the way he did in the IPL.

“It has been a great experience at Mumbai Indians since I have been in the set-up for a long time,” Yadav told a news conference ahead of the first one-dayer against Sri Lanka on July 13.

“Every year I have learned something different from my team mates there, and that tournament is a great learning process.

“As you saw when I made my (India) debut, it was the same thing happening. I didn’t do anything different.”

Asked if he is looking to find a balance between aggression and consistency to secure his place for the T20 World Cup in October-November, Yadav ruled out changing his approach.

“I have been enjoying this role. Whatever position they tell me to bat in, I’ll be the same — I’ll just go there and express the same way I do in every game,” he said.

Yadav said he is looking forward to “starting from scratch” in the series against Sri Lanka, which includes three One-Day Internationals and three Twenty20 matches.

“Pressure will be there, because if there’s no pressure, there’s no fun. It will be a great challenge and I’m really looking forward to it,” he said.