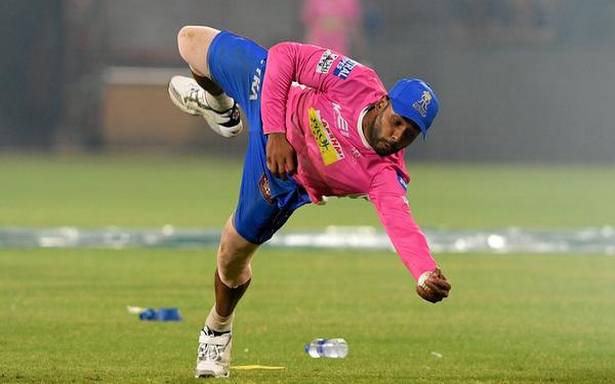 Binny’s exceptional performance against Bangladesh in 2014, where he took 6 wickets for just 4 runs, remains the the best bowling performance in the ODIs till date.

India all-rounder Stuart Binny, who owns the record of the best bowling figures in the ODI format, announced his retirement from first class and international cricket on Monday.

The 37-year-old Binny began his career with his state Karnataka and represented India in six Tests, 14 ODIs and three Twenty20 Internationals.

"I would like to inform you that I have decided to retire from first class and international cricket," Binny, whose father Roger Binny also represented India, said in a statement.

"It has given me tremendous joy and pride to have represented my country at the highest international level." While he did not get many international runs under his belt, Binny returned exceptional bowling figures against Bangladesh when he took six wickets for just four runs in an ODI in June 2014 in Dhaka.

It remains the best bowling performance in the ODIs till date. He had bettered the record of his compatriot Anil Kumble, who had also taken a six-wicket haul against the West Indies in 1993 but had conceded 12 runs.

A handy all-rounder, with experience of 95 first class matches, iconic skipper Mahendra Singh Dhoni tried him out in a few Tests with reasonable success.

In his debut Test against England in July 2014, he scored 78 in his second innings and that remained his only fifty in his six Tests.

A 31-run over in a T20 game against the West Indies in Florida effectively ended his international career where Evin Lewis hit him for five sixes. He was viciously trolled.

Once the conflict of interest became a catch phrase in Indian cricket, his father Roger was forced to relinquish his selection committee post.

With advent of Hardik Pandya as an explosive batting all rounder, Binny’s chances of national comeback dwindled and he played a season of first class cricket in the North East.

He will be remembered as a player who punched above his weight and did his best as per his abilities.

Binny thanked the BCCI, his various teams, fellow players and coaches for the role played in his growth as a cricketer.