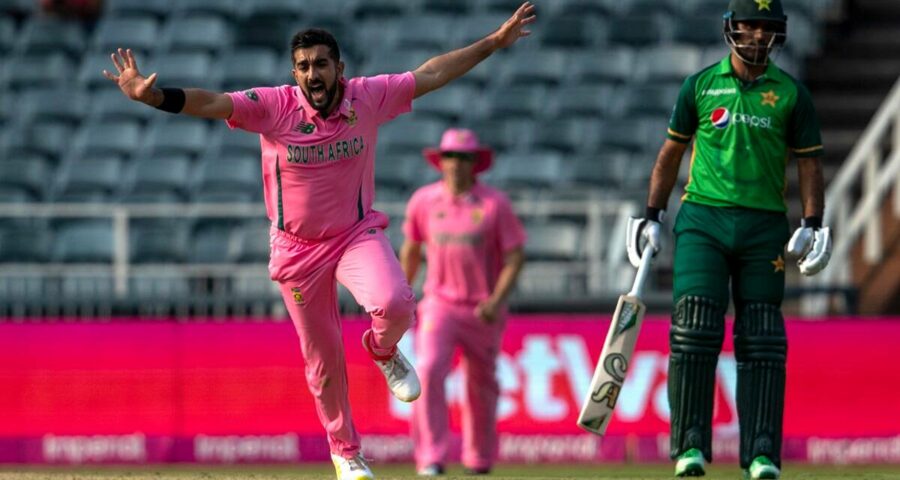 Tabraiz Shamsi clarified that Quinton De Kock was not trying to distract Fakhar Zaman deliberately. Instead, he was asking a fielder to back up at the non-striker's end. South Africa’s wicketkeeper-batsman Quinton de Kock has been at the receiving end of criticism and trolling after running out Pakistan opener Fakhar Zaman in the second ODI. Many, including former cricketers like Shoaib Akhtar and Waqar Younis, questioned if it was in violation of the ‘fake fielding’ rule. Now, his Proteas teammate Tabraiz Shamsi has revealed a different side to the run out via his Twitter account asking people to “stop the hate and leave QDK alone”.

Shamsi clarified that De Kock was not trying to distract Zaman deliberately. Instead, he was asking a fielder to back up the non-striker end. The left-arm Chinaman feels that De Kock should not be held accountable if the batsman turned around to see instead of completing the run safely.

Backing up on both ends is common to save runs from overthrows irrespective of which end the throw is coming to. In a follow-up tweet, Shamsi also gave credit to Zaman for a splendid inning scoring 193 runs from 155 deliveries to keep Pakistan’s hopes alive in a big run chase of 342.

The leggie also answered a troll who asked him not to make “wrong assumptions”. Shamsi replied by saying that he was on the field and was not making any assumptions.

Earlier Zaman also doused the flames by saying that it was his fault and not Quinton de Kock. “The fault was mine as I was too busy looking out for Haris Rauf at the other end as I felt he’d started off a little late from his crease, so I thought he was in trouble. The rest is up to the match referee, but I don’t think it’s Quinton’s fault,” the 30-year-old told ESPNCricinfo in the post-match press conference.

Despite Zaman’s record-breaking effort, Pakistan fell short of the target by 17 runs. The three-match ODI series is levelled and the winner will be decided on April 7 at SuperSport Park, Centurion.