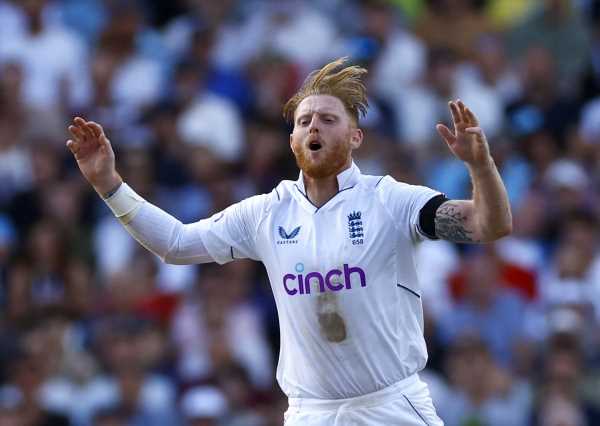 England all-rounder Ben Stokes has slammed the “stupid” size of boundary marking sponges at stadiums after seamer Reece Topley was ruled out of the Twenty20 World Cup having suffered a leg injury by stepping on one during a fielding drill.

Topley, who has picked up 22 wickets in as many T20 games, sustained ligament damage to his left ankle ahead of a warm-up clash against Pakistan and was replaced by fellow fast bowler Tymal Mills for the tournament in Australia.

The triangular sponges – which are about 20 cm in height and width – have become increasingly common in cricket venues around the world and offer advertising space, but Stokes said the sport’s authorities should also address player safety.

“It’s stupid. Unfortunately, it’s taken one of our players to be ruled out … to make people notice,” Stokes said. “I’m pretty sure it’s something they can look at but you know what it’s like – everybody wants to get their names on somewhere.

“But you look at player safety and the fact he’s stood on it and it’s ruptured ligaments and now he’s out of the World Cup – it should be looked at. I’m devastated for him.

“We’re all just absolutely gutted for him that he’s missed out … because he would have been one of the first names on the team sheet.”

But England captain Jos Buttler played down the issue, saying that it was an accident.

“I don’t think it is a big issue,” Buttler said. “People used to play in the past with no boundary rope and used to run into a fence.”

The International Cricket Council did not immediately reply to a Reuters request for comment.

England, T20 World Cup champions in 2010, will open their campaign against Afghanistan in Perth later on Saturday.